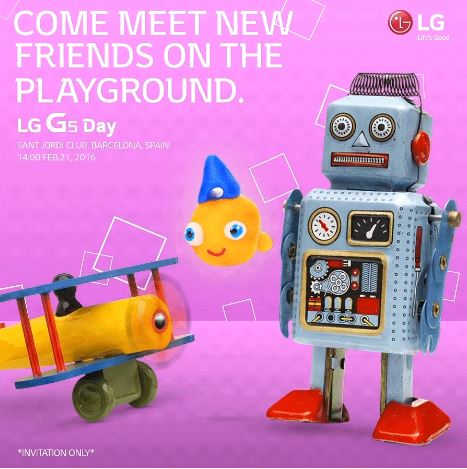 LG has officially revealed the launch date for its upcoming and long rumored flagship device, the new LG G5. As announced by the company, the new LG G5 will be launched in a company event on Feb. 21 in Barcelona, Spain. It will be done a day before the Mobile World Congress, which will also take place in Barcelona.

In a recent post on the company’s official Facebook page, LG revealed that they will be launching the LG G5 flagship smartphone on Feb. 21 at the Sant Jordi Club at Barcelona, Spain. The date coincides with the eve of the upcoming Mobile World Congress, which kicks off on Feb. 22. The event will be done on an invite only system, and will begin at exactly 2:00 PM, Barcelona time.

Interestingly, the launch date for the new LG G5 flagship was scheduled at the same time that Samsung will be launching its new and long rumored Galaxy S7 line of flagship smartphones.

As for the specs, LG is yet to make any official announcement that will reveal information. Rumor had it that the G5 will be a little smaller than the G4, with a display size of 5.2 inches and Quad HD resolution. In addition to the main display, it was suggested that LG will be using a dual display feature for the G5, much like how it did with the new LG V10. The rumored secondary display was suggested to come with a 160 x 1040 pixels resolution, and is said to be appearing on other LG phones that will be released during the entire 2016 as well.

As for the camera, it was reported that LG will be using a dual camera setup for the main rear snapper of the G5, utilizing a combo of a 16-megapixel and an 8-megapixel one.