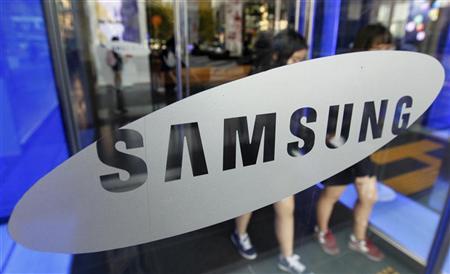 The age where we are right now is undeniably the age of smartphones. Almost every half a year, a new smartphone model comes from many competing companies. Newer and more advanced features are continuously introduced to users, improving everyone’s mobile life.

There are two current flagship phones that seem to be battling it out on the topthe Samsung Galaxy S6 (and its S6 Edge variant) and the widely improved LG G4. Both boast of highly advanced features and functionalitiesbut which one is better? On what does the one beat the other? Here is a closer look on the key specs of the two rival flagships:

The LG G4 offers a bigger display of 5.5 inches, while the Samsung Galaxy S6 is only 5.1 inches wide. However, the S6 Edge model offers way better display experience than the LG G4 with its dual-curved screen feature. LG G4’s display is equipped by Corning Gorilla Glass 3, making it scratch-resistant; while the Galaxy S6 back panel is equipped with Corning Gorilla Glass 4, offering better protection for thinner made. The Galaxy S6 is lighter at only 138 grams, while the G4 weighs at 155 grams. The G4 boasts of an elegantly curved dosing with its optional leather back panels; the Galaxy S6, aside from the dual-curved display of the Edge variant, is made of a metal framing on a dual glass-reinforced design.

The Galaxy S6 runs under an Exynos 7420 octa-core CPU, with a Mali-T760MP8 GPU. The G4, on the other hand, runs under a 64-bit Snapdragon 808 hexa-core processortwo cores down from the S6with an Adreno 418 GPU. The Galaxy S6 comes in an option of 32/64/128GB worth of internal storage, equipped with 3GB of RAM, with no support for a micro SD card extension. The G4 comes with a 32GB internal memory with 3GB of RAM, and microSD support of up to 128GB.

The Galaxy S6 is equipped with a Fingerprint Sensor and is powered by a 2550mAh non-removable battery, while the G4 features a 3000mAh removable battery. The G4 boasts 16MP rear camera with better aperture for better shots in low lighting, and the ability to do manual shooting via Pro Mode. The Galaxy S6 also comes with better camera features, with a 16MP rear camera that can record videos of up to [email protected] rate.

The G4 comes with out-of-the-box Android 5.1 Lollipop, while the Galaxy S6 comes with only Android 5.0 Lollipop. However, the Galaxy S6 is set to receive its latest Android Lollipop 5.1.1 update that is set to greatly improve its camera features, putting it on paror even better thanwith the G4’s camera.

Huawei P9 news: Rumored specs revealed, might be looking for a...