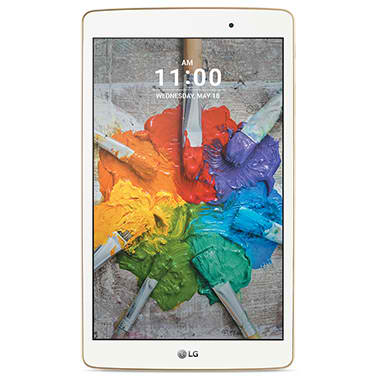 Back in April, it was rumored that LG would be releasing a new tablet device that would be exclusively available through T-Mobile. It was tipped to have a launch date of sometime around May. Though the rumored release schedule came later, the device did get releaseD via the mentioned carrier.

The new LG G Pad X 8.0 tablet can be purchased as a one-time standalone purchase with no contracts of any kind for a price of $239.99. It can also be availed for a zero down payment installment contract plan, with the subscriber tied to pay $109 a month for a span of 24 months. Every purchase, whatever the method may be, comes with an additional SIM Starter Kit for a price of $20.

The LG G Pad X 8.0 packs 2GB worth of RAM along with 16GB of built-in internal storage capacity. The storage of the tablet can be further expanded via an external microSD. Users can use a microSD card of up to 128GB and is used on a dedicated card slot.

As for the camera, the tablet features a 5-megapixel main rear facing camera with another 5-megapixel for the front snapper. Both cameras can record videos up to 1080p.

Apple iPhone 7 news: Leak suggests there may be 3 versions...