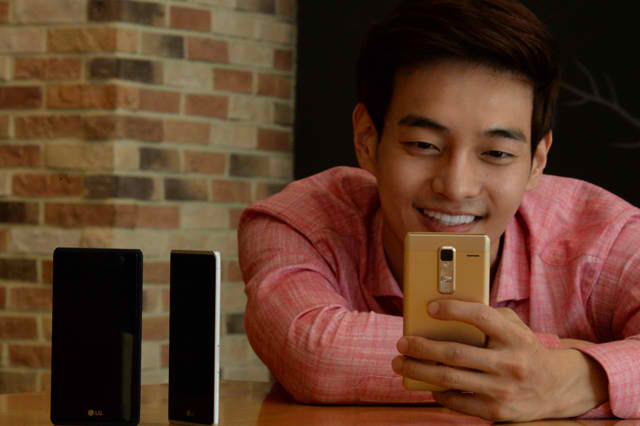 The previously rumored LG Class smartphone is finally official, and as was rumored, the device came as a 5-inch mid-ranger smartphone.

The LG Class runs under a Qualcomm Snapdragon 410 chipset, coupled with a 1.2 GHz quad-core Cortex-A53 CPU. It sports a 5-inch wide display with a 720p HD resolution and a pixel density of 294 ppi, and features a 2.5D curved glass make, designed for a better grip on the device in use. It packs 2 GB worth of LPDDR3 RAM, along with 16 GB worth of built-in internal storage capacity, with support for an external microSD expansion of up to 2 terabytes (TB) worth, after an update gets patched in the coming month.

As for the camera, the LG Class smartphone has a 13 megapixels rear camera with Autofocus and LED flash, coupled with an 8 megapixels front camera for selfies and video calling, which uses the same sensor as that of the front camera of the LG G4, aiming to deliver flagship quality photo capturing on a mid-ranger device like the Class.

Connectivity features include support for WiFi 802.11 b /g/n, WiFi Direct, Bluetooth 4.1, NFC, and DLNA. It also supports 4G and LTE connections (network dependent). It boots on Android Lollipop 5.1, and is powered by a non-removable battery that packs 2,050 mAh power with it.

The LG Class is available for KRW 399,300, which is equivalent to approximately $338 for the North American region, and at 301 for the European region, based on current exchange rates.

The LG Class is now available in three colorsblue, silver, and black. LG has not yet announced any plans for an international release.