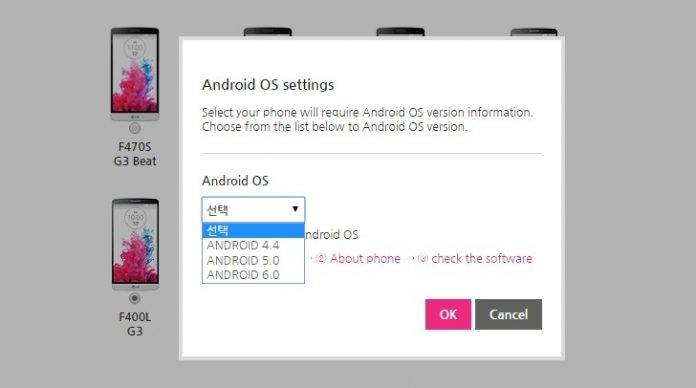 This time, it’s the season for something sweet for smartphones, as the new version of the Android operating system, the Android Marshmallow 6.0, will soon be rolling out to usersincluding LG users.

While Google-updated Nexus phones will be the first to receive the new software update, various companies such as HTC and Motorola have already made their early announcements on which of their smartphones will be getting a taste of Android Marshmallow.

As for LG, while the South Korean electronics company has yet to make any official announcement regarding their Android Marshmallow update, their Korean support website gives clues as to which phones would probably be getting the new software update soon.

As for other companies, HTC also recently revealed its initial list of smartphones getting an Android Marshmallow upgrade soon. It includes HTC One M8 and the One M9, as well as the One M9 +. The One E9 and the One E9+ will also be getting the new firmware update. The One ME and the One E8 is on the list too, along with the One M8 EYE.

Mid-ranger devices are included on the list, too. The HTC Desire 826, Desire as well as the Desire 816 are all up to get their fix on the latest Android OS version anytime soon.

Additionally, the fresh from reveal HTC Butterfly 3 will also be getting the update to the new software version, as it will only come with Android Lollipop out of the box.