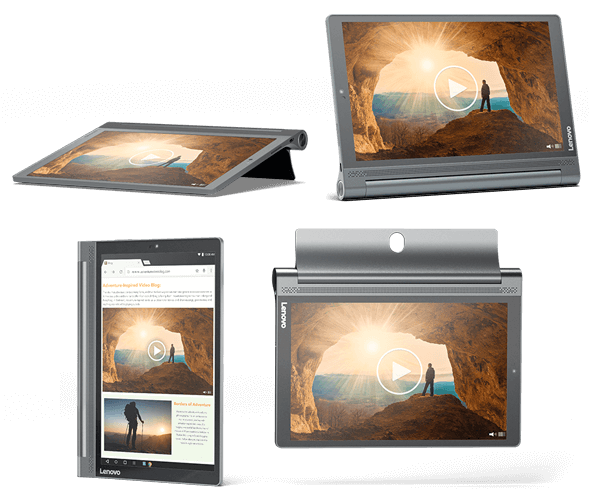 Entertainment is said to be the main focus of Lenovo’s upcoming slab known as the Yoga Tab 3 Plus. It is said that it will carry on the torch that its predecessor offered in bringing a new definition to visual enjoyment. However, reports also suggest that the successor to the Yoga Tab 3 Pro will be doing away with the projector capabilities but could still be a standout in the tablet arena.

The Beijing-based multinational consortium unveiled the tablet to the press at this year’s IFA and it is expected to be released either next month or in November.

While the upcoming tablet may lose the projector attribute, the handheld entertainment system is reported to still pack a punch with some of the tweaked features that go along with it.

The tablet will still bear the same 10-inch frame together with a multi-touch display. The screen will have a 1,600 x 2,560-pixel resolution with 299 pixels per inch density. The chassis will have the so-called kickstand with a water-resistant body that has an IP52 certification.

In addition, the Yoga Tab 3 Plus will still be preloaded with the Android Marshmallow operating system to be buffed up by a Qualcomm Snapdragon 652 central processing unit (CPU). The tablet’s graphics processing unit (GPU), on the other hand, will be powered by Qualcomm’s Adreno 510 coprocessor.

The device will have a 13- and 5-megapixel back and front shutter, respectively, with the back camera donning features like touch focus, face detection, and panorama mode.

Furthermore, it will have a base 32 GB internal memory space which is, of course, expandable up to 256 GB through a microSD card. It also has a decent 3 GB of random access memory (RAM).

The Yoga Tab 3 Plus will also sport a USB Type-C version 2.0 port which drastically lessens the tablet’s charging time.

It is said that the upcoming Yoga Tab 3 Plus will have an initial price tag of $300 when it comes out.