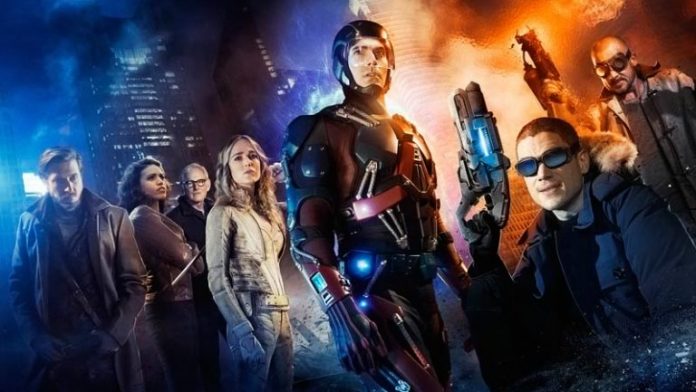 The CW seems to be on a roll in developing great and hugely successful superhero series based on DC characters. After the success of Arrow and its spinoff The Flash, DC’s Legends of Tomorrow is expected to come to the small screen in 2016 and in what has become a tradition with these superhero franchises, fans should watch out for a special guest to appear in the two shows before Legends kicks off.

According to a report by The Hollywood Reporter, Hawkman is expected to make an appearance on Arrow and The Flash before he heads off to become part of the cast of Legends of Tomorrow. The show will also feature Brandon Routh’s character Ray Palmers who has appeared in recurring roles for both franchises before becoming a mainstay in the new show.

Showrunner Phil Klemmer said that Legends’ version of Hawkman will already be 5,000 years old, having been reincarnated multiple times over the course of his life. He will be able to retain the memories he had of his previous life, something that his counterpart, Hawkgirl is unable to do.

“The show will contain elements of Keith Giffen and J.M. DeMatteis’ Justice League International run. That’s probably a reference to the show’s tone, as Giffen and DeMatteis’ run is considered more comedic than grim. Klemmer compared the show to Ocean’s Eleven or Dirty Dozen. However, he also said the show would eventually introduce darker elements like betrayal and characters being tempted by the dark side,” executive producer Marc Guggenheim revealed.

He also teased that not all of the characters are sure to survive the full season given the various elements in play from the source material.

Aside from Routh, also cast in the new series are Arthur Darvill as Rip Hunter, Victor Garber as Dr. Martin Stein, Caity Lotz as Hawkgirl, Casper Crump as Vandal Savage, and Franz Drameh as Jay Jackson. The show will also reunite Prison Break co-stars Dominic Purcell and Wentworth Miller who will play Heat Wave and Captain Cold, respectively, according to the show’s IMDB page.