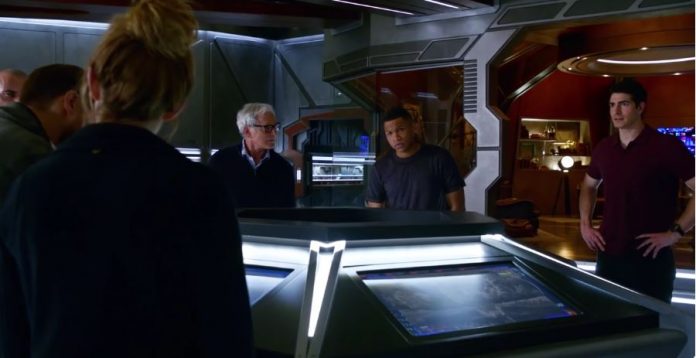 The second season of “Legends of Tomorrow” is almost here, and ahead of the new season, executive producer Marc Guggenheim previewed the upcoming installment, revealing how things will change in season 2 and what awaits the Legends in future episodes.

Season 1 ended on a cliffhanger as Rip Hunter (Arthur Darvill) and the Legends appointed themselves as the new Time Masters because someone needed to protect history and the timeline. Hourman (Patrick J. Adams) arrived in another Waverider just as the Legends were about to head off in their own ship. The new character’s arrival signals the start of a new arc for season 2, and the debut of new characters on The CW show.

Speaking with Collider, Guggenheim said that season 2 will begin with a time jump.

“When we pick up with them, it’s six months later and they’ve been policing time for six months,” said the producer. “Everyone is in a little bit of a different place.”

Guggenheim said that in season 2, Sara (Caity Lotz) has a secret agenda that relates to the death of her sister on “Arrow” last year, while Rip is no longer as burdened by the death of his wife and son. Ray (Brandon Routh) is the one who enjoys being a time cop. Meanwhile, Jax (Franz Drameh) has become the engineer and chief mechanic of the Waverider, while Stein (Victor Garber) has become the theoretician of the team. As for Rory (Dominic Purcell), he is still trying to figure out what he’s doing as a member of the team.

While Rory appears to be still confused by everything that is going on, Guggenheim said that they are planning to do something “fun” with the character in season 2.

“This year, we want him to fall in love with someone and be like, ‘What are feelings?!’ He’s so much fun…I think Rory ends up stealing a lot of scenes that he’s in,” said the producer.

“Legends of Tomorrow” season 2 premieres Oct. 13 on The CW.