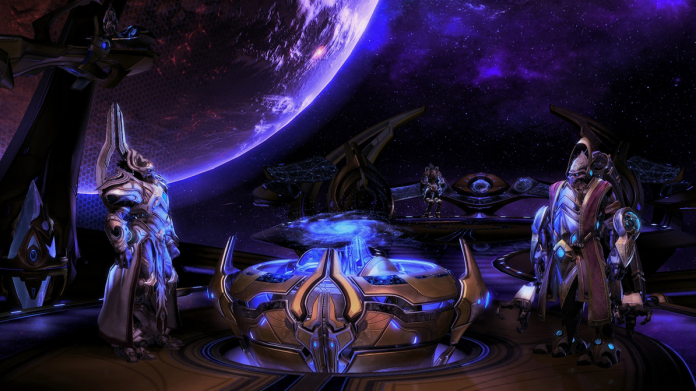 It has been more than a decade since the real-time strategy game, the Star Craft series started and after 17 years, it will come to an end with its third installment of Star Craft 2: Legacy of Void starting off with Whispers of Oblivion.

Tim Morten, the lead producer of the game said to Kotaku in an interview that “This is the resolution of 17 years of story-telling,” and clarified that this is final addition to the series.

“It’s the end of this story,” he said. “Could there be arcs that involve [these characters] in the future? Anything’s possible. But we didn’t want to cop out with the ‘to be continued’ this is a resolution to this story.”

Nonetheless, Blizzard, developer of the game will not silently and subtly end the game. Lead story designer Matt Morris said in the same interview that “This story is super epic. Obviously everyone’s gonna say that about their game, but this one, this one’s got some teeth in it and I think this is something people are gonna remember eight, 10, 20 years from now.”

The new game will start from Whispers of Oblivion, a three-mission prologue series that bridges the storyline of Legacy of the Void and the previous expansion two years ago, Heart of Swarm. In this, players will join Zeratul to uncover the final pieces of prophecy of the Xel’naga for the first time after Wings of Liberty.

Star Craft 2: Legacy of Void focuses on the Protoss tribe with elements of diplomacy. Now, it will offer multiplayer option. Players have the choice of competing on the daily battle called the Automated Tournaments where anyone from any part of the world at any level brigs down other players to come out as the best. There is also an option of two-on-two controlling over single base through the Archon Mode. Lastly, players can also join the Allied Commanders where fights are held in dynamic and diverse scenarios, led by a chosen captain.

Whispers of Oblivion will be made available for everyone, with a priority of early access to players who pre-ordered Legacy of Void. The beta version of Legacy of Void started on March 31 to select players, offering the multiplayer mode as well. There are no final release date yet, but rumors said that it will be around November this year to early next year.