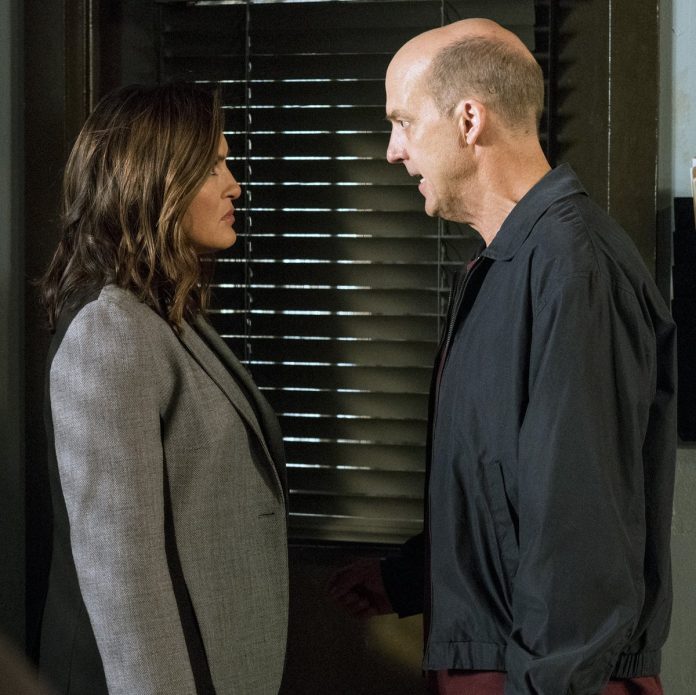 After rescheduling due to the sensitivity of the material, especially at this time, “Law & Order: Special Victims Unit” has finally decided to air their Donald Trump-inspired episode after next week’s election.

The installment titled “Unstoppable” will have guest star Gary Cole play a presidential hopeful who will be caught in a scandal after a couple of women come forward accusing him of sexual harassment. Given that jurisdiction of the case will be in New York, which, ironically, where Trump is from, Lt. Benson (Mariska Hargitay) and his team take over the case.

A sneak peek for the spectacle that is now scheduled to air on Nov. 16 features the veteran SVU officer paying the accused a visit. There, a smug look on his face while gloating about ladies throwing themselves at him obviously disgusts Benson. He maintains his brusque persona when cornered by multiple reporters and he claims that he has nothing to hide.

It can be remembered that the original rollout for the episode was Oct. 12 which was around the same time when Trump’s infamous “locker conversation” with Billy Bush was leaked. This allowed for a more real-life parallel for the narrative, unfortunately, NBC decided to suddenly pull the plug on its airing which reportedly irked some of the cast and crew of the long-running police procedural. They insisted that the story was not propaganda citing that the screenplay, as well as production of the episode, had long been finished even before Trump’s lewd comments made headlines.

Meanwhile, “SVU” comes back tonight in a big way after a short one-week hiatus with “Rape Interrupted” as Benson is reunited with his former partner. Unfortunately for longtime fans of the show, it will not be Elliot Stabler (Christopher Meloni). Instead, it is Patrick Griffin, (guest star Anthony Edwards) who turns out to be Benson’s first partner.

As per usual, the episode revolves around a harassment case which becomes a little bit more complicated as the assailant happens to be Griffin’s son. In the preview, Benson is seen locking horns with her old pal when she becomes adamant that she cannot let this pass just because of her ties with him. Griffin refuses to back down telling her that she and her department are looking at the fight of their lives.

Edwards has never been on “SVU” before but he certainly has some history with Hargitay. The 54-year-old previously played the series heroine’s love interest back when they were both “ER” cast members.