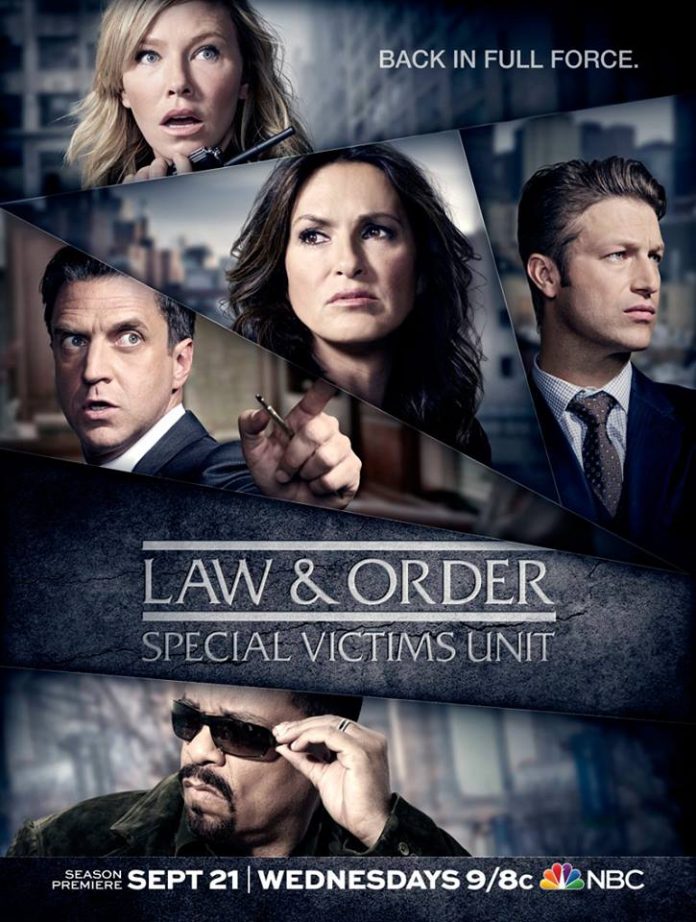 “Law & Order: Special Victims Unit” will be returning in a few hours, and fans of the long-running series will get to see Olivia Benson (Mariska Hargitay) and the squad solving different cases while coping with the death of Mike Dodds (Andy Karl). The season 17 finale saw Mike getting shot while he and Olivia were on the field, and when the show returns, she will be blaming herself for what happened.

Speaking with Entertainment Weekly, Hargitay said that as a result of what happened to Mike, Olivia will be more protective of her team moving forward. New showrunner Rick Eid added that because of her feelings of guilt, Olivia may overcompensate and “try to insert herself into situations that she shouldn’t.”

It was also revealed that despite what happened, Olivia will still be on the field in season 18 while being the squad’s boss, and Fin (Ice-T) will be her number 2.

“She and her squad are going are having to adjust to this new normal,” said Hargitay. “Practically, the squad is a man down, a sergeant down. Fin is a reluctant second in command, so we’re a leader down, too.”

As for her character’s personal life, Hargitay said that Olivia wants to be ready for a new level of commitment with Tucker (Robert John Burke), but what happened last season is making her doubt everything.

When asked if Olivia is ready for Tucker to propose, Hargitay said, “She wants to be, but the emotional fallout of Mike’s death is causing her to question everything.”

On top of everything else, Olivia will also be busy searching for the right school for Noah, and fans will get a peek into “the insane pre-K process in Manhattan.” Hargitay said that Olivia will continue to be a protective and doting mother, keeping her son safe from danger while teaching him to open his heart to everything the world has to offer.

The series star also said that she will be directing two episodes this season and that there’s a possibility that some previous cases will be explored.