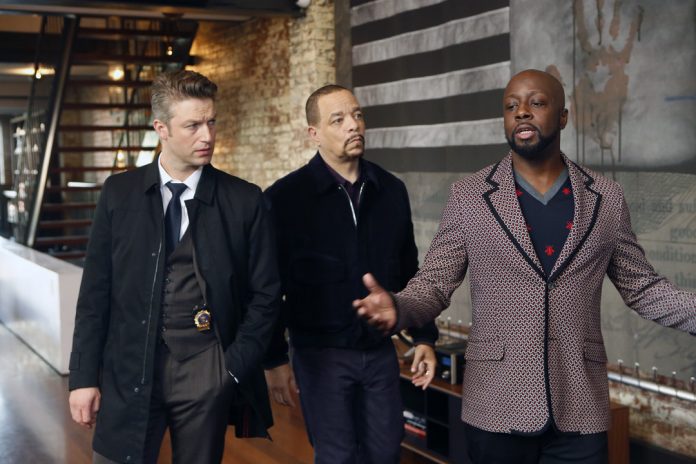 Being suddenly pulled last week from its supposed time slot to make way for the World Series Game 7 put “Law & Order: Special Victims Unit” in an unplanned, two-week hiatus. Now, Benson (Mariska Hargitay) and her crew are back to tackle one of the most sensitive and timely issues in the show which involves a transgender.

It is no secret that gender equality has been the main topic of conversation more recently. In the installment titled “Bad Rap,” a rapper and his record label president Vincent Love (guest star Wyclef Jean) are put on a tight spot when the former is accused of assaulting a transgender woman.

“SVU” has long been known for taking on real-life headlines and giving it their own flavor, but this one hits a sensitive nerve especially with clamor surrounding the issue. It is safe to assume that there will be some complications from the prosecuting team’s side of things given the background of the victim and fans will have to see if Assistant District Attorney Barba (Ral Esparza) can pull this one of.

Meanwhile, in light of the show’s penchant for adopting current news to their narrative, the very controversial Donald Trump-inspired episode finally lands an air date on Nov. 16. It will be interesting, however, how this installment will be received given that the businessman turned billionaire just nabbed the presidency in a shocking upset against Hillary Clinton. Prior to this development, “Law & Order” franchise creator Dick Wolf briefly addressed the reaction that the aforementioned narrative got.

“Why would I try to get Donald on? I’ve known him for decades, but we never made it,” the TV producer extraordinaire told The Daily Beast. “Although nobody else has. We’ve only had a few guest appearances by athletes or politicians.” The latest from the pool that Wolf was referring to was outgoing Vice President Joe Biden who made an appearance in the early episodes of the season.

Nevertheless, Wolf reiterated that they needed to tell these stories in order to continue spreading awareness with regard to sexual harassment and domestic violence in the years to come.

“Law & Order is fiction, but a lot of things are stranger than fiction,” he stated. “Crime is a constantly renewable resource. It will never stop.”