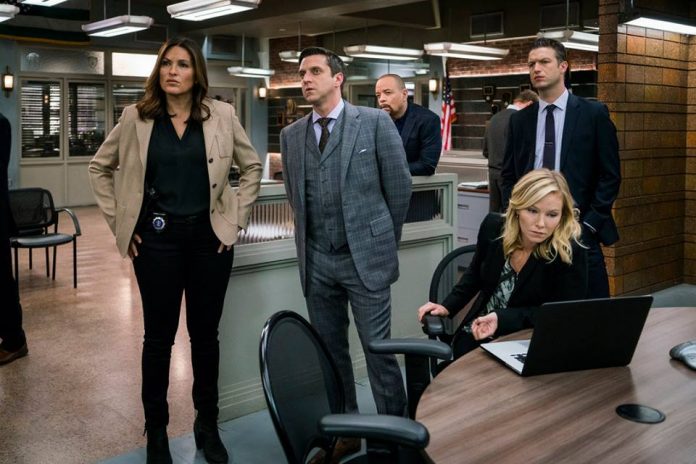 NBC is gearing up for the return of the longest police procedural on TV, “Law & Order: Special Victims Unit,” with the release of information including the title and official synopsis for the season 18 opener of the show.

Dubbed as “Terrorized,” the episode will be tackling a layered case that will have Olivia Benson (Mariska Hargitay) and her team joining forces with the city’s counter-terrorism squad. Interestingly, this is the first time since season 12 that the Dick Wolf-created series will once again adopt a one-line title for its episodes. It also marks the first one without Warren Leight’s tutelage. Since scoring showrunner duties in season 13, Leight made it a habit of having two-word titles, which at that time deviated from their single-word ones that had been its tradition since the early parts of season 2. Leight left the show by the end of season 17 for an overall deal with Sony TV. But the show will be in good hands with “Law & Order” franchise veteran writer Rick Eid taking Leight’s place and partnering up with existing showrunner Julie Martin.

“A young boy is found wandering alone in Central Park and the search for his parents leads to startling evidence of a planned mass casualty event in the city. As the SVU works with the joint-terrorism task force to find the suspects and the motive, Lt. Benson must also convince Barba (Ral Esparza) to address allegations of rape and torture the boy’s mother discloses.”

This overall arc was already previously teased although it was presented in a way that put the Manhattan SVU Lieutenant and Assistant District Attorney at odds with each other. The brief summary of the episode provides a bigger clue as to what will have them antagonize each other. Reading more into it, Barba’s hold up may be because of the sensitivity of the people involved specifically with the boy’s family. It can be remembered that last season, Barba also hesitated when Benson and the rest of her crew stumbled upon a high-profile case that involved some the city’s most powerful people.