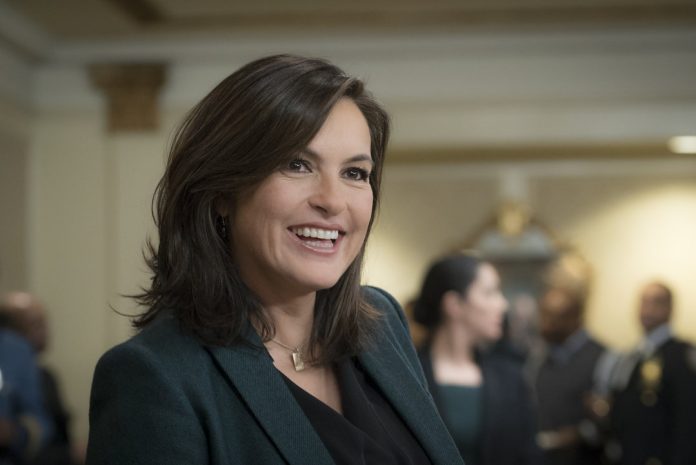 For 17 long years, “Law & Order: SVU” has maintained its fair share of viewership ratings and critical acclaim even as cast members come and go. It is because the heart of the show, starting from day one and coming into their 18th year, arguably, remains to be Mariska Hargitay’s Detective Olivia Benson.

The actress, who first took on the role of Benson in the pilot episode of the Manhattan-based “SVU” has gradually ascended into the ranks and has become the lieutenant of the pack. In between sex assaults and harassments, Benson was able to juggle being a single mom and even find a new man in Tucker (Robert John Burke).

“For me it’s been a balancing act. Balancing being the boss, balancing being reintegrated after the ‘Townhouse Incident’ and balancing motherhood and priorities keeping all the balls in the air is what’s so hard. Having Noah and feeling like I have so many kids,” Hargitay told E! News when the media outlet visited the “SVU” set while shooting their season 17 finale. “I feel like Olivia Benson just isn’t the same as she was before. This year I think she’s almost learned what she can handle.”

The actress is referring to her elite squad of detectives as her “other kids” who help her week in and week out. Unfortunately, just as the show was this close to reaching their 18th installment, newcomer Dodds (Andy Karl) had to be left behind. The character’s death went down during the chapter-ender two weeks ago. This is something Benson would desperately feel guilty about the fact that a subordinate died on her watch.

Despite the additional burden in her original multi-hyphenated life, Hargitay is positive that Benson will only be a better leader moving forward.

“I feel like [Benson has] finally grown into that sort of leader, that’s what I feel like this year is about, is not being afraid of her leadership and her power and accepting who she is, where she is and what you have to do to be a leader and how it’s literally lonely at the time. I feel like it’s really lonely and she’s been lonely and alone. It’s been elements of her and them,” she explained.

Alongside Benson’s development on screen, “SVU” is also tackling a pivotal process behind the camera as showrunner Warren Leight will no longer return for season 18. Instead, Julie Martin will share oversight duties with “Law & Order” veteran writer Rick Eid as the new showrunners of the police procedural.

NBC has yet to announce the official return date for “Law & Order: SVU” season 18 but fans can expect its premiere sometime this fall.

'Fifty Shades' filming has wrapped up in Canada