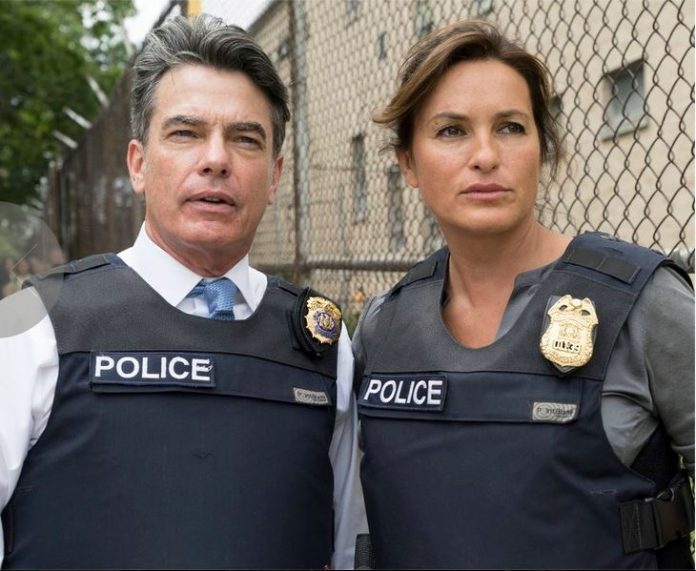 It won’t be long until Olivia Benson (Mariska Hargitay) and the squad returns for another season of “Law & Order: Special Victims Unit.” The long-running NBC show is heading towards its 18th season, and ahead of the premiere, incoming showrunner, Rick Eid talked about how the team will be affected by Mike Dodds’ (Andy Karl) death, and how Benson and Chief Dodds (Peter Gallagher) will be at odds in episode 1.

Back in the season ender, Sgt. Dodds volunteered to accompany Benson to correctional officer Gary Munson’s (Brad Garrett) house after Munson’s wife planned to leave him. Munson took his wife and Dodds as his hostages, and during a struggle for the gun, the correctional officer shot Dodds in the abdomen.

Speaking with Entertainment Weekly, Eid said that the new season will pick up “a month or so” after the death of Dodds, and his death is still weighing heavily on the SVU team. Among the team, Benson is said to take his death the hardest as she blames herself for his demise.

“Benson feels responsible for it, for bringing him along on that phone call or to that domestic situation,” said Eid. Because she feels guilty, Eid said that Benson will become more protective of her team this season to the point that she sometimes become overly protective.

“She ultimately may try to insert herself into situations that she shouldn’t, overcompensating possibly,” the showrunner added.

Meanwhile, Chief Dodds will still be struggling with the death of his son and will think that Benson is partially responsible for what happened to him. Eid revealed that there will certainly be tension between the two in the first episode of the new season.

“It’s a big [episode], it’s an exciting and emotional and very topical [episode],” said Eid. “You’ll see Chief Dodds and Benson at odds over the direction of the case, and at the same time, you’ll see them exploring this complicated chapter in their life, the death of Mike Dodds.”

The first episode of season 18 is called “Terrorized.” According to the episode’s official description, a young boy is found wandering alone in Central Park, and the search for his parents leads to a shocking evidence of a planned mass casualty event in the city.

'The Winds of Winter' release date: No word yet as George...