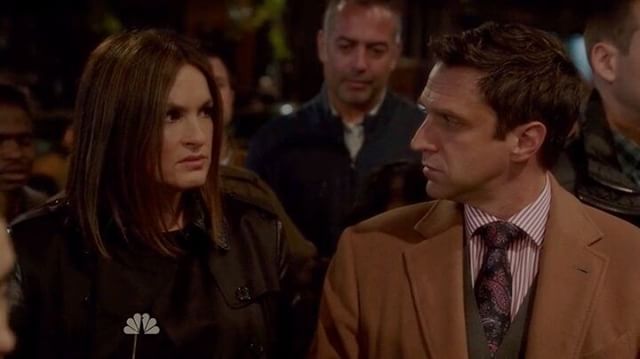 Olivia Benson (Mariska Hargitay) wastes no time in delving deep into her upcoming case as she approaches the new season of “Law & Order: Special Victims Unit” head-on. The now Manhattan SVU lieutenant is known to be someone who always tries to see both sides of the story. And regardless of how unpopular her opinion is, which sometimes leads to her butting heads with her colleagues, it has never stopped her from following her gut feeling. It appears that she will still have the same mentality in season 18 as she is scheduled to go toe-to-toe with Assistant District Attorney (ADA) Rafael Barba (Ral Esparza) in the premiere episode.

As it turns out, the first episode of the season will have the team tackling the case of a small boy who is found in a park, courtesy of an exclusive first look from TV Line. Apparently, his identity leads to a more complex storyline as the SVU detectives try to look for his mother. In the end, Benson and Barba find themselves on opposing sides especially with how the case became a city-wide spectacle.

Needless to say, this is not the first time that the SVU has been pitted against their relegated ADA. If not, the conflict has been a staple piece of the police procedural’s almost two-decade history rooted from the discord between the division’s findings and how it will hold up in the court of law. Fortunately, both parties are always able to shake hands by the end of every case so fans can expect that Benson and Barba will eventually have this sorted out.

Hargitay, who has arguably been what is keeping the show together despite the numerous changes in the show both in front and behind the camera, previously appeased fans that she is not going anywhere soon.

“It’s a very powerful show that is dealing with such important and real, current issues that are potentially life-saving. So I don’t know if it gets better than that,” the veteran actress told E! Online. Her work in the Dick Wolf-created series has had so much impact in her life that it was the reason behind her Joyful Heart Foundation. “They completely support each other and it’s been so important telling these stories and then continuing the work in real life with our advocacy and changing laws, changing societal attitudes and hopefully cleaning up the rape kit backlog.” The charity aims to “educate and empower survivors of sexual assault, domestic violence and child abuse” and much like her “SVU” character, Hargitay has been championing this cause.