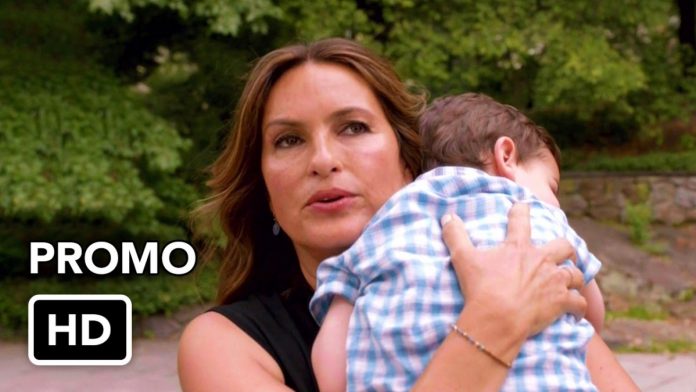 NBC has just dropped the first look at season 18 of “Law & Order: Special Victims Unit.” And while no specific revelation about the upcoming installment was detailed in the 15-second clip, it appears that series veteran Mariska Hargitay, who plays Olivia Benson, will have all aspects of her life see significant development.

The montage of scenes for the latest installment of the long running series had all of its significant characters featured in a shot or two. But given that the heart and soul of “SVU” remains to be Benson, it is not really surprising that the teaser gave special attention to the lieutenant. Aside from stakeouts and nabbing unsubs, which fans have seen her do for almost two decades now, snippets of her being a mom and a girlfriend to Robert John Burke’s Tucker will take up a huge chunk of her time. It can be remembered that by the end of season 17, a possible Parisian escapade was teased by her beau. And given the trauma of having recently lost Andy Karl’s Dodds, it may be a good thing for the Manhattan officer.

Other than that, no new tantalizing stuff had been dangled in the teaser. Media outlet Carter Matt even pointed out that the promo was released specifically for casual nighttime viewers who need to be reminded of NBC’s upcoming primetime block instead of die-hard “SVU” followers. Nevertheless, it was able to renew the long-standing love that the audience has for the Dick Wolf-created procedural.

Meanwhile, on top of the main cast of “SVU,” “The Sopranos” alum Vince Curatola also returns to the fold, reprising his recurring role of Judge Al Bertuccio, Deadline reports. Whether there will be a special story arc involving him or not has yet to be disclosed. Furthermore, it has already been previously reported that Vice President Joe Biden is scheduled for an appearance in one of the upcoming episodes. This is in line with his advocacies to end domestic violence and his partnership with Hargitay’s Joyful Heart Foundation.

'The Bachelorette' 2016 season 12 rumors: Jojo Fletcher getting close with...