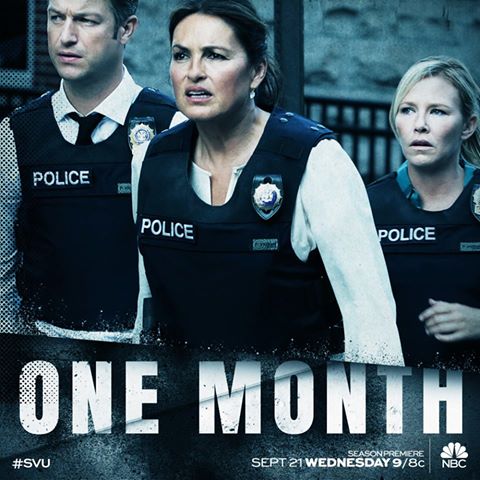 The synopsis for the highly anticipated premiere of NBC’s “Law & Order: Special Victims Unit” season 18 is here, featuring a little tension between the characters as they deal with urgent matters.

According to TV Line, Olivia Benson (Mariska Hargitay) and Rafael Barba (Ral Esparza) are back protecting New York City from sexual deviants. A photo exclusively shared by the news outlet revealed the two walking side by side and looking a bit tense. It turns out that they will be working on a case involving a boy found alone in a park.

Upon investigating his identity, the team will lead an anxious search for his presumably missing mother. The case suddenly becomes a city-wide sensation and Benson and Barba will find themselves on opposing sides of the verdict.

It is predicted that the pressure rises as Vice President Joe Biden will have a special guest appearance on the said episode. E! Online shared that he will make a cameo and commend Benson for her work in ending the rape kit backlog, which he and Hargitay have also worked on in real life.

Down the line, the new run will also feature a case similar to that of Steven Avery’s from Netflix’s “Making a Murderer.” In the installment, Henry Thomas will join the cast alongside Kelli Williams as they tackle the case about a convicted rapist who was found innocent by DNA evidence years after he was first tried. Later on, the man is accused of a deadly crime and Odafin Tutuola (Ice-T) has to take matters into his own hands to search for the truth.

Aside from Hargitay, Esparza and Ice-T, other regular mainstays will also comeback in full force. These include Kelli Giddish as Amanda Rollins and Peter Scanavino as Dominick Carisi, Jr.