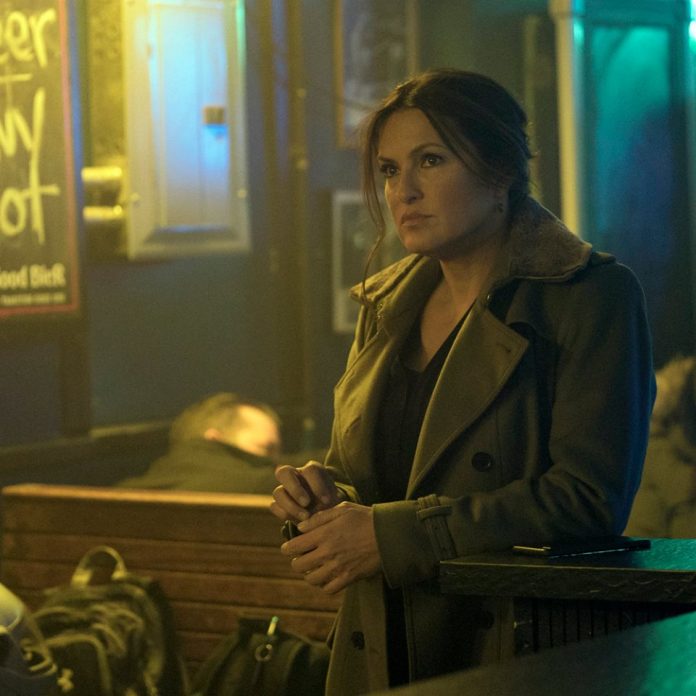 As “Law & Order: Special Victims Unit” charters to its 18th season with a different regime under new showrunner Rick Eid who took the baton from Warren Leight, the series still has one withstanding piece Mariska Hargitay. And it seems that Hargitay’s character Olivia Benson will continue to be in the center of the show in the years to come as the actress is not going anywhere.

“I’m still here because it’s still challenging and interesting to me. I feel like we keep going deeper and mining out these new places,” Hargitay told a group of reporters during a set visit prior to the debut of their new installment. “After 12 years [of doing ‘SVU’], I thought, ‘What are we going to do after 12 years?’ It was such an education for me because I had no idea.'”

Eighteen years into her work as a squad member in the Manhattan SVU and the sixth without Christopher Meloni’s Elliot Stabler, Benson was able to climb up the ladder now serving as a lieutenant in the office. Aside from the widely popular meme featuring the evolution of her hair, Benson’s personal life has changed immensely with son Noah and her budding relationship with Robert John Burke’s Tucker. But with the recent death of her second-in-command, Andy Karl’s Mike Dodds, a dynamic shift is once again to be expected with Ice-T’s Fin stepping up to the plate.

As the second longest member of the show, the actor was supposed to be Benson’s right-hand man. Ice-T explained that going up in ranks meant that the detective would have less time on the field and more desk work.

“I think Fin’s character likes the police work side of it,” Ice-T said. “He takes the sergeant’s exam; he ends up behind a desk. So he’s that guy.”

Unfortunately for him, a leadership role will eventually land on his lap, at least as “SVU” retains its current roster and not add more. Eid previously teased that along the way, there is a possibility that they may get more people to join the New York office. Interestingly enough, the mainstays going into season 18 are significantly less compared to how it was before. And while it gives the story more time to dwell on its characters individually, it might also weigh heavily on the squad members.

Four episodes of the new installment have already been revealed with the premiere putting Ral Esparza’s character, Assistant District Attorney Rafael Barba, at odds with Benson. The pilot titled “Terrorized” will deal with a missing boy’s case which eventually spirals out of control when his parents are alleged to have been planning a mass casualty event in the city. Tying in with the anti-terrorism squad, the SVU must also convince Barba to cite the boy’s mother’s allegations of rape and torture.