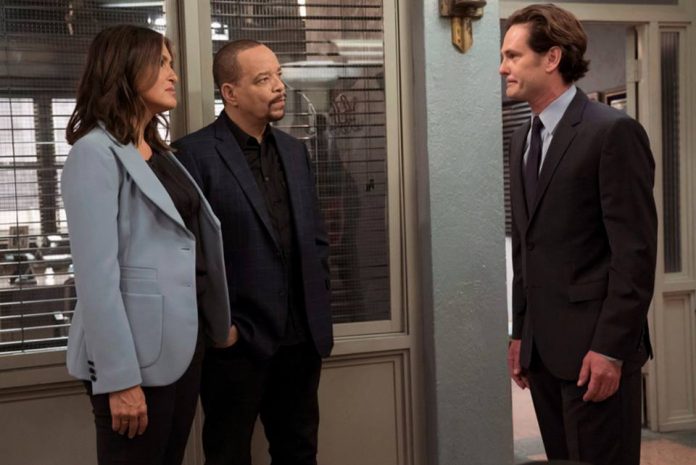 Tonight’s episode of “Law & Order: Special Victims Unit” is a worthy successor to last week’s massive season 18 premiere as it is equipped with a controversial case and a cameo from a high-profile politician.

This week’s dose of Olivia Benson (Mariska Hargitay) and company comes with a format borrowed from Netflix’s hit docu-series, “Making A Murderer.” Titled “Making A Rapist,” the synopsis puts veteran detective Fin (Ice-T) in the limelight after an old criminal lands his way again after he put him in jail years ago. Coincidentally, he will also help with his recent exoneration.

Due to newly tested DNA samples, a sex offender named Sean Roberts (played by guest star Henry Thomas) has been released from prison after the test suggested his innocence. Unfortunately, things quickly go south when the man gets pinned for a new crime only a day after he was given liberty in court.

Fin is eventually called in and is tasked to hunt the man anew after Melanie (guest star Kelli Williams), who originally accused Roberts of rape, blames him again for raping, strangling, stabbing and burning her daughter. Understandably, the New York officer is shaken by the situation as he questions his involvement in having given the man his freedom.

“SVU” has been known for mining real-life events while taking a bit of creative license and presenting it in a police procedural format. Even last week’s episode was somehow inspired by the 2015 San Bernardino shooting and the highly publicized AppleFBI encryption dispute.

But while the season opener was nothing short of thrilling, tonight’s installment is a little bit more special with a cameo from the vice president himself, Joe Biden. It is still unclear how the high-ranking officer lands in the Manhattan SVU but a promo clip for the chapter shows him having a press conference in the office with Benson behind him. Off camera, the guesting came to fruition due to Biden’s close relationship with Hargitay born out of their shared advocacy to end domestic and sexual violence.