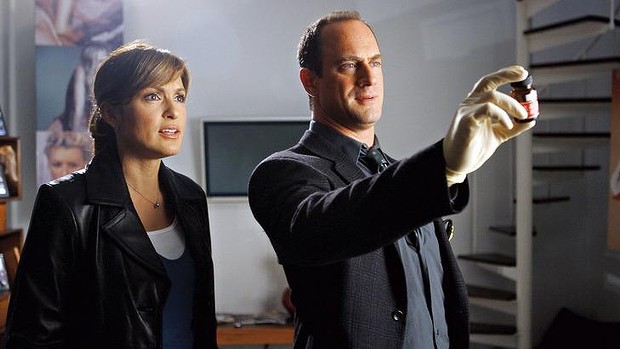 “Law & Order: SVU” gets back to familiar territory as a corrections officer is once again accused of harassing and assaulting his inmates in next week’s episode.

After a successful tie-in with reality TV show “The Bachelor,” the Manhattan SVU (Special Victims Unit) will find themselves tackling a case that sounds oddly familiar. The episode titled “Intersecting Lives” will have Benson (Mariska Hargitay) and the rest of her squad delving through a corrupt correctional officer, played by guest star Brad Garrett who is allegedly taking advantage of people under him.

However, SVU will not be the longest-running police procedural on TV if they do not find ways to infuse new themes to their ongoing cases. Instead of just being a one dimensional story, it becomes more complicated when the union suddenly supports the supposed perpetrator and starts retaliating by targeting ADA Barba (Raul Esparza).

The official synopsis of the case at hand reads, “A corrections officer is arrested for sexually assaulting female inmates in and out of prison, and the union that supports him targets Barba and the SVU.”

The episode’s narration will mark the start of two part-finale for season 17 of the Dick Wolf-created show. The promo video for the episode does not give much in terms of plot points, but it packs an immense amount of conflict especially when Benson and Barba are met with angry looking union members.

Meanwhile, in a recent interview with “SVU” former star, Christopher Meloni (Elliot Saber), the actor once again reiterated that he is open to coming back in the series where he spent almost a decade of his career.

“I really have no idea how to answer that. From the beginning I’ve said I’d be more than happy to come back for the last six episodes,” Meloni told The Wrap.

Earlier this year, talks of Meloni coming back to the show were resurrected after showrunner Warren Leight’s comments about trying to bring back Stabler. Long time fans of the crime-busting series have been patiently waiting for the reunion of former partners, Benson and Stabler, especially after Meloni’s sudden departure from the show back in 2011.