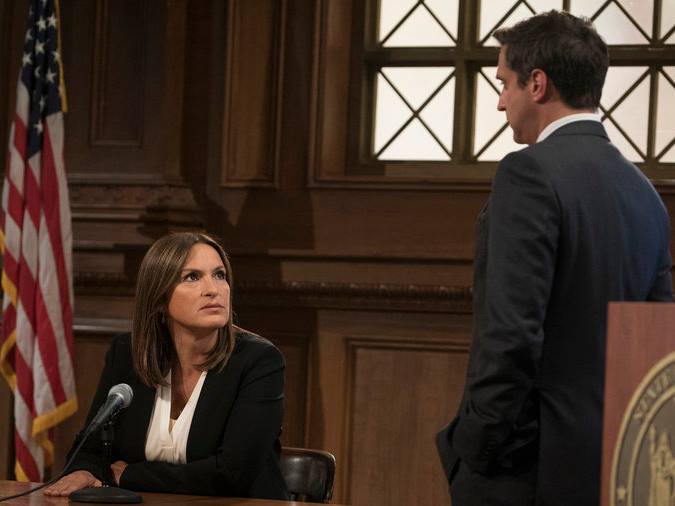 In the last episode of crime procedural “Law & Order: Special Victims Unit” Season 17, fans got the biggest surprise of their lives when they saw Lieutenant Olivia Benson (Mariska Hargitay) packing up her desk at the SVU office. Prior to this scene, Benson was seen in a confrontation with ADA Rafael Barba (Raul Esparza) where Barba asks her about her romantic involvement with Ed Tucker (Robert John Burke). In the episode, Tucker was revealed as an Internal Affairs officer who may be involved in a recently discovered sex trafficking ring of underage Catholic school girls. It is because of Benson’s closeness to him that she has been taken out of the SVU. According to an E! Online recap, the unit was handed over to Mike Dodds (Andy Karl) in Benson’s absence.

The episode, however, ended with an uncertainty about when Benson will be returning to SVU and the show itself. There are no recent news about the exit of actress Mariska Hargitay from the show so she still remains one of the cast members and according to a report in The Inquisitr, she is one of the most popular cast members.

The show is going on a two-week break, returning on March 23 for its 18<sup>th episode.

The 18<sup>th episode titled “Unholiest Alliance” recently had its official synopsis released. According to Spoilers Guide, the synopsis reads: “When one of their own is implicated in a cover-up, the SVU struggles to unravel a sex trafficking operation deeply-rooted in government offices, the police department and the Catholic Church.”

According to the Inquisitr, the next episode will definitely see the continuation of the Catholic schoolgirl sex ring story that was started in episode 17. It also speculated that the story may unfold and reveal who is really behind the sex ring. Tucker was implicated in this whole mess because someone inside the church claimed that he was told about the sex ring the year before. Incidentally, Tucker is also related to a priest, Father Eugene, with whom he had a confrontation in the previous episode. The report claims that this may be the implication of the episode’s title “Unholiest Alliance.”

'X-Men: Apocalypse' will make viewers want to stay for post-credits