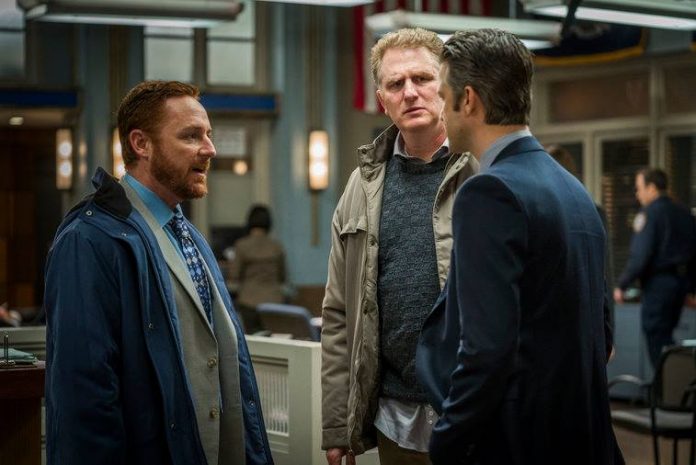 Viewers will see the team taking on another case of sexual abuses in the brand new installment of NBC’s long running procedural series “Law and Order: Special Victims Unit” season 17.

When the show returns after its short hiatus, the synopsis for episode 19 titled “Sheltered Outcasts,” teased that NYPD Detective Nick Carisi (Peter Scanavino) will go undercover and live in a homeless shelter. His aim is to determine if one of its residents is the main culprit in a string of neighborhood rapes.

The sneak peek revealed that a couple will approach the team, with the father explaining that the rapes began when the shelter opened. It turns out that the place has a special selection for sex offenders.

Reports claim that the upcoming narrative will also be the biggest SVU shocker of the year as it involves someone who may potentially get killed during the mission. The squad is said to be aware that being in disguise is extremely risky and the promo showcased that a lot of people seem to get murdered in the area.

Things will go out of hand when Carisi is targeted by a group of men who believe that he is actually the rapist. One of them asks if his daughter was raped by him. As they accused him of the crime, they may also take justice into their own hands.

The clip also featured Olivia Benson (Mariska Hargitay) approaching what could be a covered dead body found in the location where Carisi was confronted by the said men. It remains to be seen who Olivia will see underneath the white sheet.

Starring alongside Scanavino and Hargitay, who directed the episode, are Ice T as Fin Tutuola and Kelli Giddish with guest appearances from Michael Rapaport, Scott Grimes, and Kevin Tighe.

Rapaport will be playing the part of Richie Caskey, who will be questioned by Detective Rollings (Giddish) and later get the help of counselor Tom Zimmerman (Grimes).