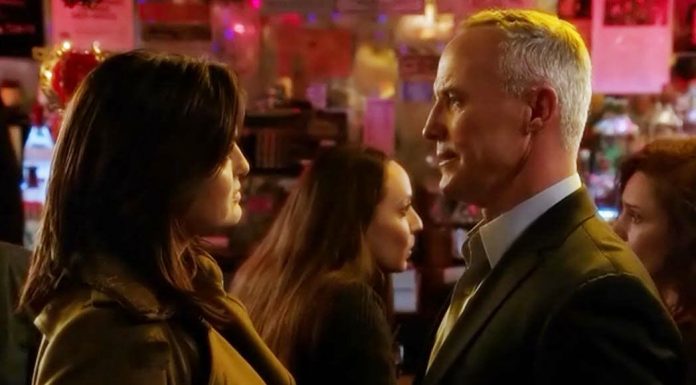 In the 17 seasons of the Dick Wolf created police procedural “Law and Order: SVU,” Mariska Hargitay’s now Lt. Olivia Benson has never missed a case. So when Benson was forced to vacate not only her office but her position after it was revealed that her new man, Captain Tucker (Robert John Burke), may actually be involved in covering up for the men of power in Manhattan who are apparently part of a sex trade operations, fans were not surprised.

“She knows there’s nothing she can do right now,” the show’s executive producer Warren Leight said in an interview with Entertainment Weekly.

The ongoing debacle only adds up to the frustration of fans of “SVU” who do not think that Tucker is good for Benson after the couple’s relationship was revealed just this season.

“It’s extremely disorienting to her. The other guy who also doesn’t have his job at the moment in Tucker. The two of them are officially sidelined. Unofficially, can they figure out what’s going on, how powerful is this ring, or is Tucker involved? I hope she enjoys [being in] Community Affairs for a little while,” Leight further detailed.

With this, fans can see more of Benson and Tucker interacting with each other not just on a personal basis but through undercover work too to clean their names and eventually get back to their posts. The Futon Critic reveals that while Benson is officially out of the squad, the remaining SVU members will work quietly but hard to uncover the truth about the ongoing case.

Meanwhile, as Benson takes a leave from service, her arguably most trusted partner, Elliot Stabler played by Chris Meloni, finally addresses rampant rumors of him making a comeback in the show.

Unfortunately, the Benson-Stabler tag team will not happen anytime soon as confirmed by Meloni himself.

“No, I heard that rumor along with everybody else… I have no idea where that came from or what that’s about,” the actor revealed when asked about the speculations during his interview with “HuffPost Live” while promoting his new project, “Underground.”

The news is rooted on when Leight made comments about bringing back Meloni in the show shedding light to fans who have long been hoping for a reunion which ran majority of the years of SVU.

“Law and Order” is currently on a short break and will come back on March 23 on NBC.