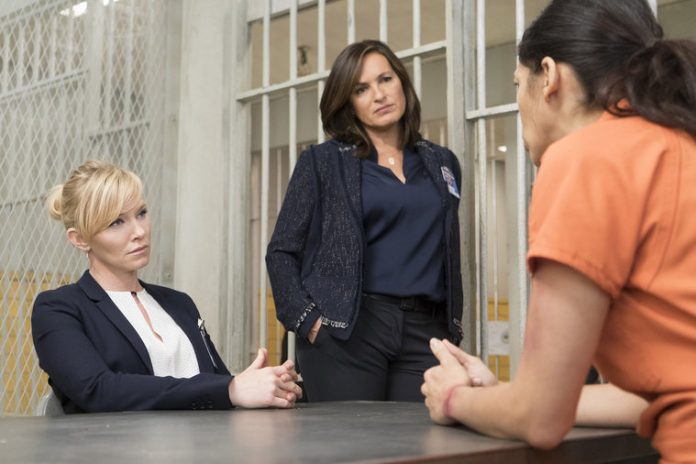 Spoilers are coming in as NBC’s cop show, “Law and Order: Special Victims Unit” begins its production for season 17.

E! Online reports that Ice-T, Kelli Giddish, Peter Scanavino and Mariska Hargitay are returning to the series. The report added that viewers may expect another crossover, probably with “Chicago, P.D.”

When asked about some details of the storyline, Giddish said, “The beginning of next season is so great. We’re dealing with transgender already, you know. They’re on top of things as always.” She also teased that her character Rollins may become a little obsessed in dealing with a new case.

Executive producer Warren Leight also revealed that with Amaro’s death and the last season’s theme about the importance of family, Rollins will feel the effect of his absence, “Rollins is going to be going through a lot of transition. Amaro’s departure is one that makes other characters go, ‘If he left, why am I still here?’ Can they find a renewed purpose? Or does it cause them to question their own paths? That’s usually what happens when someone leaves the group, it makes everybody else think about what they’re doing.”

Moreover, Leight recently took to Twitter to congratulate the newlywed Giddish who recently confirmed that she is expecting a child with Lawrence Faulborn. The news came after Ice-T announced on his account that he will have his first kid with Coco.

“@FINALLEVEL and @cocosworld having a baby. @TheKelliGiddish and L Faulborn having a baby. #SVU — most fertile show on Earth. Congrats all!!” Leight humorously said.

Rumors have it that with the pregnancy and wedding, the production may get cancelled to give time for the cast to focus on their families. However, the speculations have been refuted by E! News which reported that the new season is still on schedule and will return on September 23.