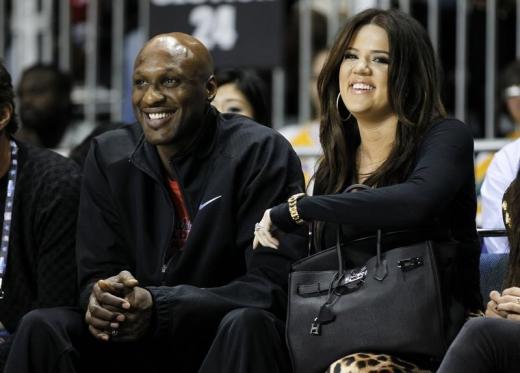 Are they or aren’t they? This seems to be the question in most fans’ minds about whether Lamar Odom and estranged wife Khloe Kardashian will get back together after Lamar overdosed and almost died in a brothel last October.

The basketball star has since been recovering after initially being in a coma and waking up three days later. He has been getting much support from the Kardashian family on his road to recovery, reported Inquisitr.

The family’s reality show even went on hiatus in order to care for Odom in his time of need.

It can be recalled that divorce proceedings were already underway for Khloe and Lamar when he was found in the brothel almost dead.

Fans are speculating a reunion between the couple because Khloe ordered a stop to the divorce proceedings to focus on her husband’s recovery. Lamar’s addiction was the main cause of their separation so now that he is no longer under the influence, their supporters are hoping for a reconciliation, Celebuzz reported.

Another reason the two may still end up together is Khloe’s admission that she still considers Lamar to be her soulmate. This, despite dating James Harden.

Khloe also leased a house right next to her home after Lamar was discharged from the hospital instead of allowing him to go to a live-in rehab facility to make sure that she could keep an eye on him.

Khloe also makes sure to see Lamar every chance she gets when she is in L.A. despite her busy schedule.

Lamar is also reconnecting with Khloe’s family including Kourtney’s kids.

This comes as no surprise to supporters of the duo as Khloe has always been very vocal about how she wished things worked out in their marriage.

In a separate interview, she also credited Lamar for loving her even at the time that she was still overweight.

“Being fat and then being married … like, I respect [Lamar Odom] because he still liked me fat, which is, like, I appreciate that. That’s a big deal, when a cool person likes you at your worst,” she said.