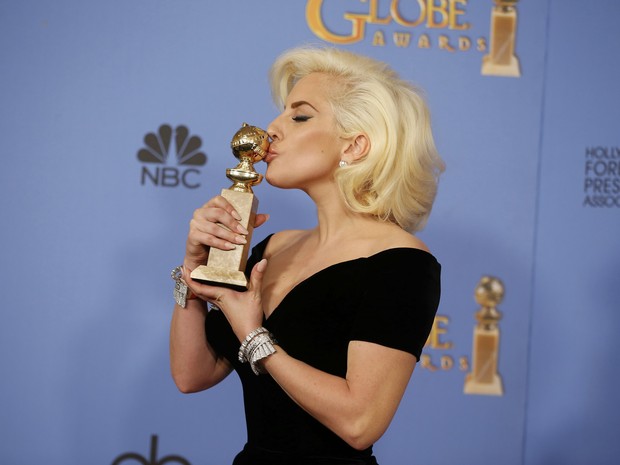 With a Golden Globe trophy and an upcoming wedding to plan, Lady Gaga is looking to push the envelope more this year with a brand new album release. But, it would not be just a simple record as this time, Mother Monster is going to collaborate with no less than Sir Elton John.

“I’m writing with Gaga tomorrow,” the British Pop icon revealed during his interview with Zane Lowe on Beats 1 as reported by Billboard.

“I’ve heard two songs, which are killers. They’re just great songs. It’s like back to the early stuff of hers, like ‘You and I’ and the Bruce Springsteen one as I always call it ‘Bad Romance,'” the Oscar winner continued.

Collaborative projects seem to be the perfect setup for Lady Gaga as her most recent album, “Cheek to Cheek” is a team effort with legendary singer Tony Bennett and was a smash hit worldwide. At first, the pair seemed quite odd given that their music is at both ends of the spectrum, but Gaga proved herself by toning down digital sound effects and just banking on her singing voice.

“[Bennett] is responsible in so many ways for making me happy, and I can say the same for Elton [John],” she said in a recent interview with Billboard. “When the whole industry turned their back on me during ‘Artpop,’they were the ones who said, ‘Hey, this is a blip. It’s going to go away.'”

Now, Lady Gaga will be embarking on a new genre of music which is arguably nearer to her early releases. As earlier mentioned by Sir Elton John, fans can expect some hints of Mother Monster’s old sound in the upcoming release. In hindsight, the two are somewhat similar. Back in the day, the British singer and songwriter was criticized for his over the top wardrobe choices. Still, in the end, it was his music that kept luring people back.