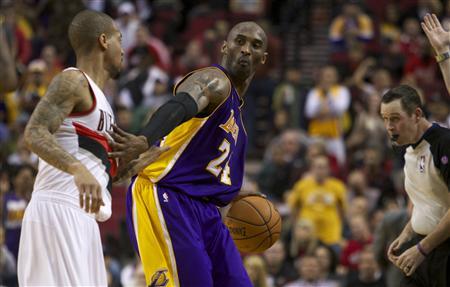 Los Angeles Lakers recently signed Lou Williams and Brandon Bass from free agency, while Roy Hibbert has been traded by the Indiana Pacers. Rumors have it that general manager Mitch Kupchak may be looking for another player to add to the roster either as guard or as a center.

According to Michel Scotto of Sheridan Hoops, sources told him that the team has continuously showed its interest in acquiring the 25-year-old center Kevin Seraphim, with some stiff competition from the New York Knicks and Washington Wizards. Seraphim has been averaging 6.4 points and 3.7 rebounds during five season, Laker Nation shared.

With a reported $2.8 million exception remaining for contracts and one more room in the roster, Kupchak is also said to be considering rookie Robert Upshaw.

However, if he indeed signs a contract, he may be used during his first season only and not become a “rotation” player.

“It’s unlikely that Robert will contribute to the team next year to win games. I think you know Robert and how he’s bounced around at the college level. He’s a player that we looked at in Summer League, and we’re continuing to have conversations with his representative. If we did something with Robert, it would be based on potential going forward. … We’ve made commitments to some rookies because they got drafted very high. But to look at a guy that wasn’t drafted and say, “This is a guy that’s gonna be in the rotation.” That’s not realistic at all,” Kupchak said via Lakers.com.

Meanwhile some speculations suggest that head coach Bryan Scott may do a potential switching of players and put Kobe Bryant as a power forward.

According to Sports World News, Scott said that he is confident that Bryant can play whatever position he is placed in as his “tenaciousness” makes him competitive in tackling every challenge on the court. He also said if ever this shift happens, Bryant does not have to play the entire 94-foot floor which can “saves his legs as much as possible.”

This may be due in part of Bryant’s history of injuries for the past three years which includes a torn rotator cuff, the report added.