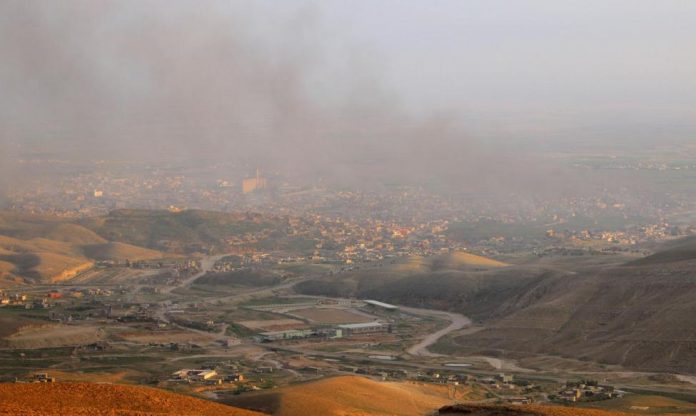 The northern Iraqi town of Sinjar has had some initial burst of success from being reclaimed from ISIS forces as Kurdish military forces started attacking the city from three sides early Thursday morning.

According to the Kurdish Region Security Council, the operation, which includes over 7,000 Peshmergas (Kurdish military force) and backed with strong air support by the U.S. military, have succeeded in blocking and regaining supply routed to and from the city, therefore cutting ISIS’ ability to recharge after encounters.

The Operation Inherent Resolve said that they have conducted more than 250 airstrikes across northern Iraq with the help of the U.S. This reportedly wiped out a number of ISIS base positions, command headquarters, storage facilities, factories, and staging areas. According to a report from CNN, the encounter was more intense than the one in Kobani, a Syrian border town which has been reclaimed from ISIS militants earlier this year after four months of persistent fighting.

Peter Cook, a Pentagon spokesman, was quoted saying, “The Peshmerga forces are carrying this out with, as you said, the support of coalition advisers. There are U.S. personnel.”

“My understanding is there are coalition advisers from other countries as well participating. Most of those folks as I understand it are behind the front lines advising and working directly with Peshmerga commanders. There are some advisers who are on Sinjar mountain assisting in the selection of airstrike targets,” he added.

In a separate report by the New York Times, the Kurds were also able to acquire a small number of armored American Humvees from ISIS. These vehicles were abandoned by soldiers last year when the Islamic State started their rapid attack.

American forces were also present on the ground as around two dozen United States Special Forces members served as eyes on land to guide the Air Force in spotting targets.

Late Thursday, the Kurdish Region Security Council released a statement describing the day’s operations. It revealed that more than 150 square kilometers of land has been retaken from ISIS.