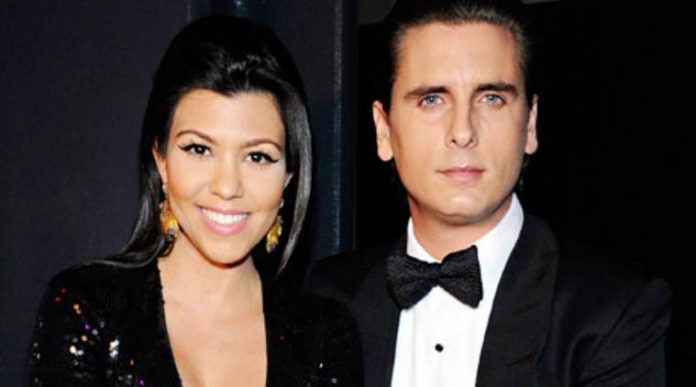 Kourtney Kardashian took the social media by storm after posting a flashback photo of Scott Disick.

Kourtney, 36, posted on Instagram a photo of herself and the father of her children, Scott, 32, when they were younger. “#FBF with the baby daddy before he was a baby daddy,” the mother of Mason, 6. Penelope, 3 and Reign, 1 captioned the photo.

The former couple are finally looking good after they broke up in July, when Scott was photograpped cheating on her with ex-girlfriend Chloe Bartoli.

Kourtney has opened up about her current status with Scott at “The Ellen DeGeneres Show” last week.

“We’re not together,” she told DeGeneres, shutting down rumors of them getting back together. “I feel like every day is different, but we’re totally getting along. Like we have three beautiful kids together.”

Disick, on the other hand, spoke to Kourtney’s sister Khloe about how he’s been trying to be better in her show “Kocktails with Khloe.”

“A lot of people think I only care about money and cars. It’s more just about insecurities, and how much I care about my friends, and my family,” Disick told Khloe in her new talk show. “I have money. The more money I have, the less happy I am. The only thing I’m trying to focus on is calming down. Focusing on the kids, and being a good dad.”

Kourtney and Scott were together for almost ten years and have three kids.

In the previous episode of “Keeping Up With The Kardashians,” Scott appeared to have thought of committing suicide because Kourtney did not want to take him back. Kourtney seemed to have learned her lessons after Scott kept on breaking his promises and disappearing on their kids.

The situation must have turned around based on Kourtney’s recent sweet post.

'Once Upon A Time' season 5 spoilers: finale looms- teaser screenshots...