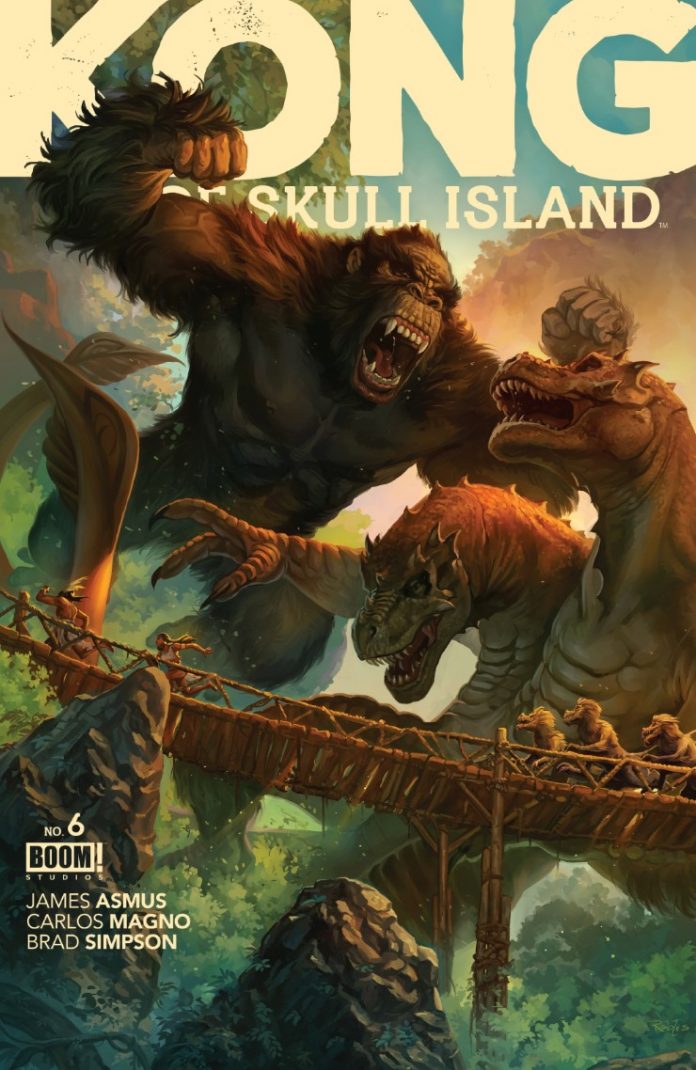 Recently, BOOM! Studios has released the sixth issue of “Kong of Skull Island” comics. It’s said that the new issue has linked its story from the 1933 “King Kong” film by Merian C. Cooper. The comic book creators, James Asmus and Carlos Magno, reveal how they decided to do the storyline and the future of the series.

Asmus and Magno chatted with Syfy Wire, confirming that issue 6 would be the final issue of the first story arc. It will reveal the origin of the mysterious tribes inhabiting the Skull Island, and the great ape will battle a two-headed Tyrannosaurus rex.

In Cooper’s film, it is known that the lead was an American actress Ann Darrow who befriended Kong. But, in this new comic issue, Asmus looked for a different lead character.

“I wanted to make a native woman our lead, and try to find fresh ways to weave in those dynamics that intrigued me,” Asmus stated.

“I was always most interested in the way humans’ approach to Kong can illuminate so much about our nature toward each other and things different from us. … we could focus on an already bonded Kong and her trainer, and put their lives and their relationship through a brutal test” he added.

As for the artwork references for the comic book series, Magno shared that he tried “not to use references since Kong is detached from reality in many ways.” He preferred to use his imagination than looking at photos and drawings of apes and dinosaurs. With all his art and graphics expertise, Magno still believes that creating the character, Ghost, who will appear in issue 7, s difficult.

The creators have already decided on the second story arc of the series. Magno would like to tell the comic book fans that they “are creating new characters and new conflicts.”