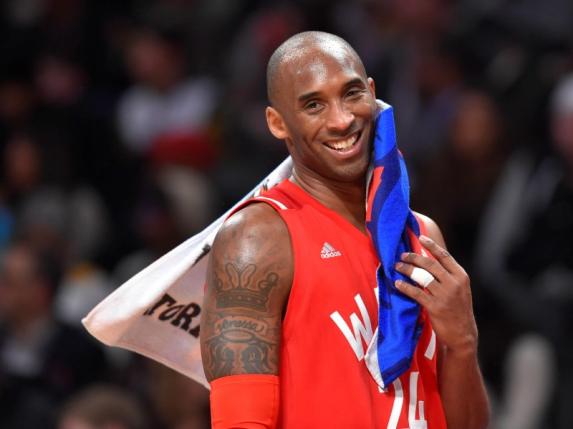 Since NBA veteran Kobe Bryant announced his retirement by the end of the season, everyone was not shocked, but it did not diminish the impact that it will bring especially in the annual NBA All-Star game where the baller has been a fixture for 18 years.

When the yearly event was held last weekend in Toronto, Canada, the league and attendees were in unison that a tribute to Kobe was needed just before the tip off.

Lakers legend, Magic Johnson took over the mike as he introduced Kobe who in turn gave a short but emotional speech

“It was fun. I had a blast playing with those guys, laughing and joking with them on the bench. And, you know, I got a chance to stop [former teammate] Pau [Gasol] in a post, redeem myself from what he did to me when Chicago came to town. But all those things are just fun. I had a great time. I had a great, great time,” the 37-year-old revealed to Sean Highkin of NBCSports after the game where he and the rest of the West team won the final match up, 196-173 last Sunday.

In the game, Kobe produced 10 points from 4 of 11 shooting in 26 minutes of hard court action in the talent -aden squad which included league MVP Steph Curry and All Star MVP Russell Westbrook.

The game was also filled with hugs and well wishes from everyone including other pro-baller superstars like Dwayne Wade, Kevin Durant, Chris Paul, Andre Dummond, and Lebron James who at some point at the game jokingly dared Kobe for a one-on-one.

Other than the current players paying tribute to the “Black Mamba,” Bryant was also reportedly the recipient of a complete set of Jordans which included 30 pairs of custom made sneakers all in Kobe’s size 14 which all came from Basketball legend, Michael Jordan.

“He brought a lot of joy to the game, and I think the fans and the whole city have paid him a tribute, and he deserves it,” Jordan said during an in-game interview with TNT’s Craig Sager reported ABC. “He’s been a big part to the game of basketball, and now his big task is what he’s going to do next.

After the All Star festivities, Kobe and the Lakers will be back to business starting with the San Antonio Spurs this weekend.