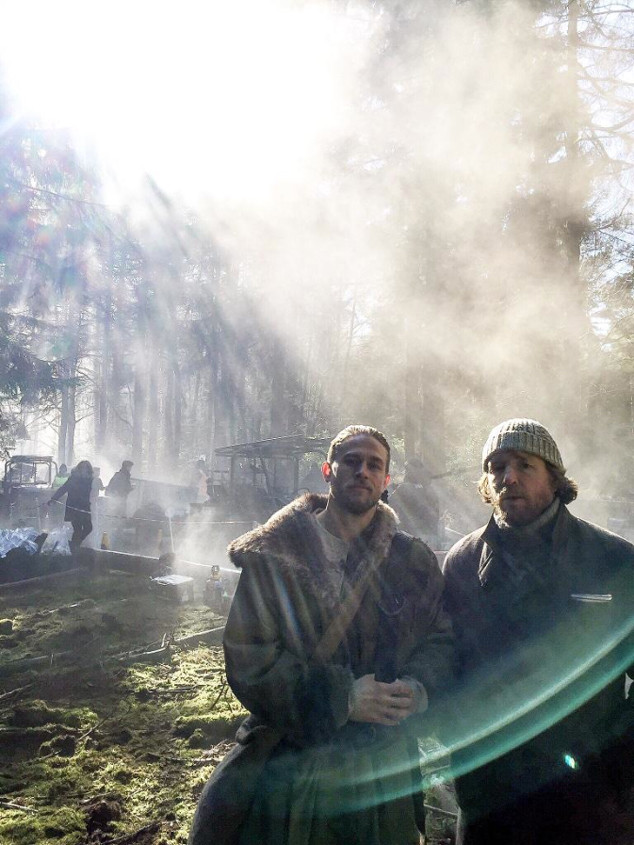 After ditching the opportunity to play Christian Grey in EL James’ Fifty Shades of Grey, Charlie Hunnam seems happy about the decision as he got the chance to play the latest version of King Arthur on the big screen.

The British actor, who was featured in the cover of Entertainment Weekly, didn’t look like a clean shaven and respectable medieval leader of the Knights of the Roundtable. Instead he looked like a ruggedly handsome biker reminiscent of his character Jax on Sons of Anarchy crossed over with a Viking.

He said fans will be surprised about the film’s edgier approach to the legend, as well as the iconic character.

“He’s a little bit rough around the edges, but he’s basically a survivor. He’s a hustler. There’s definitely a harder edge to him than people would imagine,” he explained of his version of the character.

According to Hunnam, Arthur’s backstory involves him being an orphan raised by three prostitutes before he fulfills his destiny to lead the kingdom of Camelot.

In an interview Guy Ritchie, the director said that Knights of the Roundtable: King Arthur will be far different from previous depictions of the classic story.

“I think where the pitfall has often been is trying to make King Arthur bland and nice, and nice and bland. The two qualities make rather compatible bed companions. Unfortunately, they’re not interesting to watch. Luke Skywalker was always the most uninteresting character in Star Wars because he’s the good guy. Good guys are boring,” Ritchie told the EW.

Knights of the Roundtable: King Arthur is expected to hit theaters on July 22, 2016.