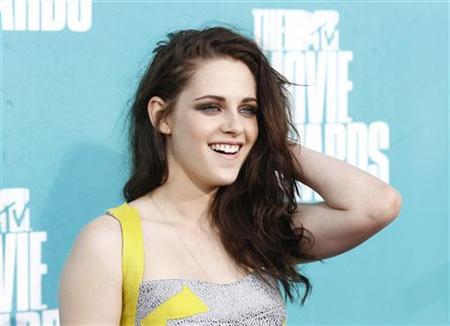 Kristen Stewart has appeared in campaigns for Chanel eyewear and is a regular front-row audience at its shows. Now, the “Twilight” actress will star as Coco Chanel in a short film directed by Karl Lagerfeld, who also conceived of the plot, dialogue, costumes, and casting for the film. Variety reports that the movie will give viewers a fictional, behind-the-scenes glimpse at a biopic being made about Coco Chanel.

The creative director for Chanel told Women’s Wear Daily that Stewart will star as an actress impersonating the young Coco Chanel, while British actress Geraldine Chaplin, daughter of iconic comedian Charlie Chaplin, will play the middle-aged Chanel. The film will air in Chanel’s 12th annual Mtiers d’Arts show, scheduled for December 1 in Rome.

The film will predominantly take place in a corridor and a “producer’s office.” This is Lagerfeld’s third film inspired by the life of Coco Chanel and his second collaboration with Geraldine Chaplin. She has previously starred as Chanel in the Lagerfeld’s first short, “The Return.”

In 2013, he also directed a short film about the fashion designer, entitled “Once Upon a Time… in the Cit du Cinma.” The 15-minute movie featured Keira Knightley in the role of Coco Chanel and Clotilde Hesme as her aunt Adrienne Chanel. According to Fashionista, Lagerfeld gave the actors their lines just moments before commencing the shooting.

It turns out that Stewart will once again channel her deadpan disposition. Lagerfeld commented on the actress’ performance saying, “She played it really, really mean. You only see her in tests and she’s complaining about everything. She’s mean with the director; mean with the producer.”

Stewart has been working on numerous Franco projects. She is set appear in a film directed by Oliver Assayas called “Personal Shopper,” a ghost story that occurs in the fashion underworld set in Paris. Stewart also received a Cesar Best Supporting Actress award for her role as Valentine in “Sils Maria.” The Assayas-directed drama film also starred Juliette Binoche and Chlo Grace Moretz and premiered in competition at Cannes in 2014. Stewart was the first American actor to win a Cesar, the French counterpart of the Oscars.