After the announcement that the “Toy Story” crew has been included in its unpredictable story, the popular adventure game “Kingdom Hearts 3” is adding another Pixar title, “Monsters Inc.” to its many worlds.

With Square Enix and Disney announcing the addition of the popular film franchise to the video game, fans can soon expect to see Boo, Mike, and Sully make their way into the colorful game. Some iconic settings from the classic movie, such as the door vault, will also be featured in “Kingdom Hearts 3.”

The announcement was made fittingly at the Tokyo Disneyland Theater as part of the D23 Expo Japan 2018. In a trailer, it was shown how the monster versions of protagonists Sora, Donald Duck, and Goofy met the trio from the “Monsters, Inc.” films for the first time.

During the expo, series director Tetsuya Nomura showcased some behind-the-scenes footage about the upcoming game’s production and design, including flying the Gummi ship through an open-world, 360-degree space.

The addition of “Monsters, Inc.” to “Kingdom Hearts 3” represents the video game series willingness to embrace the quickly expanding universe of Disney, which is very welcome news for fans of the highly acclaimed video game series.

The game also released a video featuring the game’s new theme song, “Don’t Think Twice.” The song was performed by Japanese pop superstar Utada Hikaru, who also sang the theme for the original “Kingdom Hearts” game and its sequel.

However, despite the festivities surrounding the new features of the game, there was one glaring omission to the announcements, a release date. Even though “Kingdom Hearts 3” has been in development for quite some time, the developers have yet to commit to a specific release date other than “2018.” 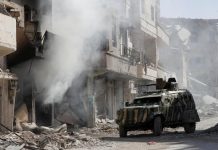