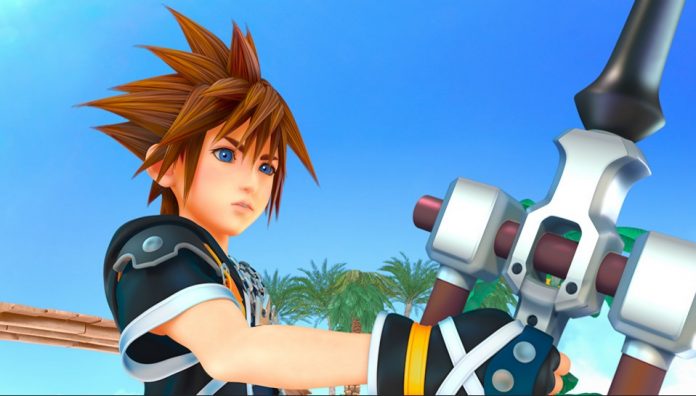 The DisneySquare Enix collaboration game franchise, “Kingdom Hearts,” is making quite a buzz lately as the third main episode of the game series which is, of course, “Kingdom Hearts 3” has been spotted listed on the Japanese counterpart of Xbox’s website.

The entry is composed of the game’s promotional photo with its main hero, Sora, together with Disney’s Donald Duck and Goofy. Moreover, the page also featured the upcoming game’s teaser trailer and some screen grabs within the game. Albeit the juicy info hinted by the website, it failed to mention as to when will it be released.

The short video clip featured Sora picking up a seemingly unfamiliar Keyblade and included a scene where he is running away from a swarm of Heartless minions. It was also noted that the listing was removed momentarily but was later on reposted. In addition, the later parts of the clip stated that the game is still in the works which somewhat answers why the said listing did not post any info about its release.

Meanwhile, it was also reported beforehand that another video prior to the above mentioned suggests that an announcement will be made by the game developer regarding “Kingdom Hearts 3” this coming winter.

Moreover, there were also rumors that spun early on about the upcoming game’s roster of new characters. Rumor has it that some of the characters will be taken from Disney’s 3D animation outfit, Pixar which is more likely to include characters from the movies “Tangled” and “Big Hero 6.”

As aforementioned, the third installment in “Kingdom Heart’s” main lore is still in the drawing boards and its release date is likely to be way off. However, fans are still keeping their fingers crossed that it will be out at an earlier date since Square Enix will be making a statement about the much-hyped title in the following months.