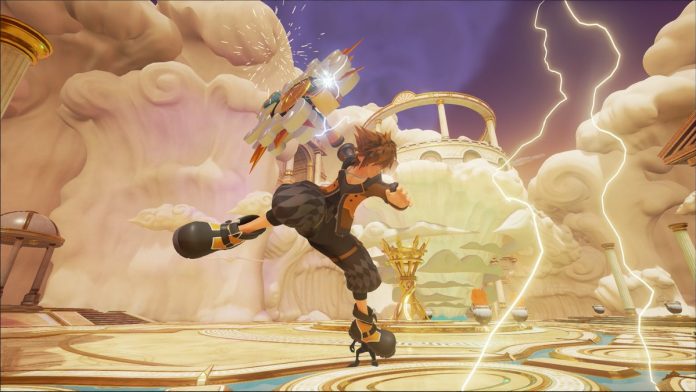 Players who want to find out more about the much-awaited “Kingdom Hearts 3” only need to wait a little longer as more information will be revealed after the launch of “Kingdom Hearts 2.8 Final Chapter Prologue.”

The official “Kingdom Hearts” Twitter page confirmed the news stating, “We are releasing a new video today at 8AM PDT / 4PM BST. This will not be about #KHIII. Expect more on that after the launch of KH2.8…” Presumably, to help curb the anticipation of gamers, they also shared a sneak peek of the new Drive Form dubbed as Guard Form.

It was explained that the Guard Form shield mentioned previously was transformed from the Keyblade of Hercules’ Shield. The power form was apparently edited as it is the Keyblade “from a world that hasn’t been released yet, so it has changed into a hammer shape,” they added.

According to PlayStation Lifestyle, Drive Forms in the “Kingdom Hearts” series allow the protagonist to transform his Keyblade into different types of weapons depending on the character’s current location. As seen in the unveiled images, the Guard Form appears to be a powered-up version of the demigod’s shield when it has been wielded in Mt. Olympus.

Meanwhile, there are speculations that Square Enix may possibly release the game for the upcoming Nintendo console named Switch. Apparently, third-party developers are believed to likely put out several PlayStation 4 titles for the new platform. It can be recalled that some of the previous iterations such as “Kingdom Hearts 358/2 Days” and “Kingdom Hearts 3D: Dream Drop Distance” have been ported to Nintendo before. However, it remains to be seen if it comes to fruition.

As fans wait, they can first get their hands on “Kingdom Hearts 2.8” slated to arrive on Jan. 24, 2017. It is a compilation of the following games: “Dream Drop Distance,” “Kingdom Hearts 0.2: Birth by Sleep A Fragmentary Passage” and “Kingdom Hearts x Back Cover.”

“Kingdom Hearts 3” is expected to follow suit sometime in 2017.