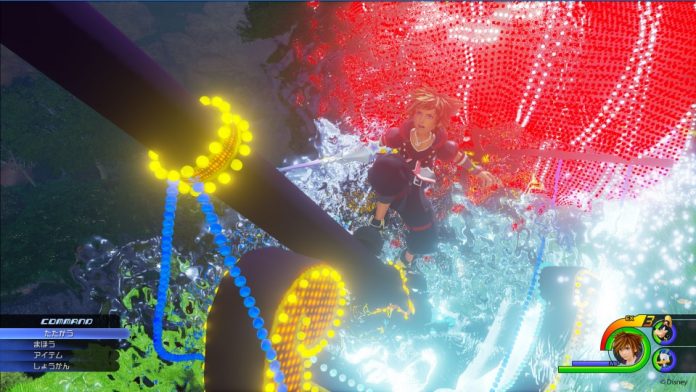 Although the collectible merchandise will not arrive in the western side of the world until Jan. 30, 2017, Twitter user ArikaMiz shared some images of the box featuring the game’s plot.

Based on the translation shared by PlayStation Lifestyle, it turns out that Master Xehanort’s plan has played out exactly as how he wanted it to be. Sora finds himself in the midst of the second Keyblade War which marks the final struggle between light and dark.

In order to counter the overwhelming darkness, the protagonist and his friends must gather the seven guardians of light. His best friend Riku and King Mickey seek out a battle-scarred Keyblade wielder. Meanwhile, Sora, Donald and Goofy set off on a journey to find “the Key to Return Hearts.”

“Never-before-featured Disney worlds set the stage for another daring adventure to save the universe! Chosen by the Keyblade, he is the one whose heart’s light never fails to shine as a beacon of hope!” the description continues.

Some suggest that based on the synopsis, it is possible that Square Enix will finally wrap up the franchise after having 15 titles on its slate. However, it remains to be seen if this comes to fruition.

On a related note, a Reddit user hinted a potential new feature involving a racing kart move based on the animated film, “Wreck-It Ralph.” The game enthusiast shared that it may be similar to the move made by Pete in “Kingdom Hearts: Birth by Sleep” called the D-Link.

Aside from the said movie, some of the Disney worlds speculated to appear in the third installment include “Frozen,” “Brave,” “The Jungle Book,” “Zootopia” and “Toy Story.” Meanwhile, the confirmed ones are “Hercules,” “Tangled” and “Big Hero 6.”

“Kingdom Hearts 3” is expected to become available sometime in 2017 across platforms such as PlayStation 4 and Xbox One.

Teen mom 2: Leah Messer hasn't given up fight for custody...