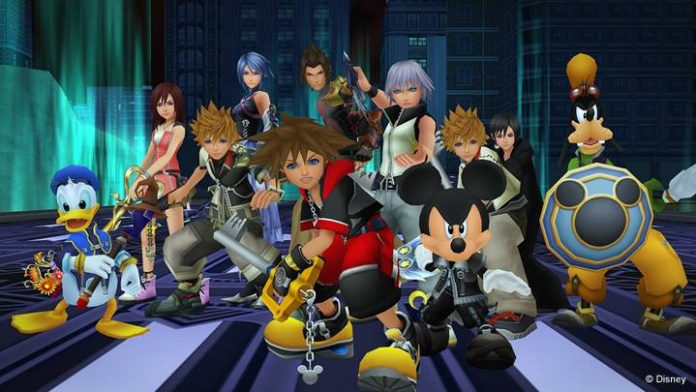 With the franchise’s 15th year slowly approaching, Square Enix has been preparing a slew of goodies for fans of the “Kingdom Hearts” series including “Kingdom Hearts III.”

Technically being the 11th installment overall, the upcoming game actually comes in as a direct sequel to 2005’s surprise hit “Kingdom Hearts II” that had fans enjoying a series of character crossovers. Despite having a multitude of projects in the works, game director Tetsuya Nomura shared that folks over at Square Enix are hard at work developing “Kingdom Hearts III.”

“The other game we are working on while doing this, KH3, is coming along steadily. There are new worlds in which you can run, jump, [spoilers], [spoilers]… I’m very excited about moving Sora around in the wider space with his higher range of maneuverability,” Nomura revealed on Twitter, which was translated by Kingdom Hearts Insider.

Unfortunately, Nomura still did not disclose any release date or even a target timeline which had fans a little bit disappointed. However, as the game director continued his update and listed what they have in store for “Kingdom Hearts'” loyal followers, he hinted that they were cooking up something big which will inevitably be revealed next year as part of their celebratory projects.

“Next year is the 15th year anniversary, and first there’s the release of [Kingdom Hearts] 2.8, then that same month Unchained ? gains multiplayer functionality, and in March the full orchestra world tour (reservations for which opened today) begins, and actually, there’s something else being planned for around then that I can’t announce yet,” the veteran video game artist teased. “One way or another, I think next year will be full of chances for me to announce new information, and I will be blessed to have reached fifteen memory-filled years with all of you.”

According to a recent survey by Japanese magazine Famitsu, “Kingdom Hearts III” is one of the top 10 most anticipated forthcoming releases in Japan alongside “Pokmon Sun” and “Pokmon Moon,” “Dragon Quest 11,” “Final Fantasy 7 Remake,” and “Yakuza 6.”