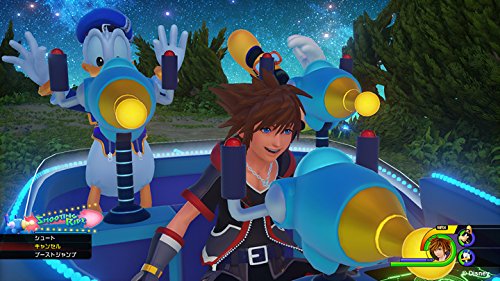 Rumors about the upcoming “Kingdom Hearts 3,” the latest installment in Square Enix and Disney’s series “Kingdom Hearts,” continue to swirl with confirmation that a trailer will be debuting in June.

It has been more than 10 years since the last main numbered entry in the “Kingdom Hearts” series, and fans are only getting even more anxious as time passes especially after last year’s Electronic Entertainment Expo (E3).

Now, with E3 2016 right around the corner, Square Enix will reportedly also be debuting another trailer during the event. Last year’s E3 convention featured the first ever footage of the game, showing the new gameplay elements to be featured in the sequel. Then came the Japan Disney D23 Expo, which brought an announcement that more news will come supposedly this year.

Game director and “Kingdom Hearts” series co-creator Tetsuya Nomura repeatedly stated that development for the game is on schedule and that his team has an internal release window they are aiming for.

As for news of the game’s localization, Quinton Flynn, the voice actor for the character of Axel, engaged in a series of tweets in April which revealed that he has yet to do any work for the game.

Some also believe that the recent and sudden silence about the game right after last year’s big announcements is due to the soon-to-be released “Final Fantasy XV.” Development for the game recently wrapped up, slating a release in September, which could mean that Square Enix just switched focus to that game because it was in the final stages of development.

With development for “Final Fantasy XV” over, it could be time for a major push for “Kingdom Hearts 3’s” production. Until E3’s possible new information however, nobody can really tell.