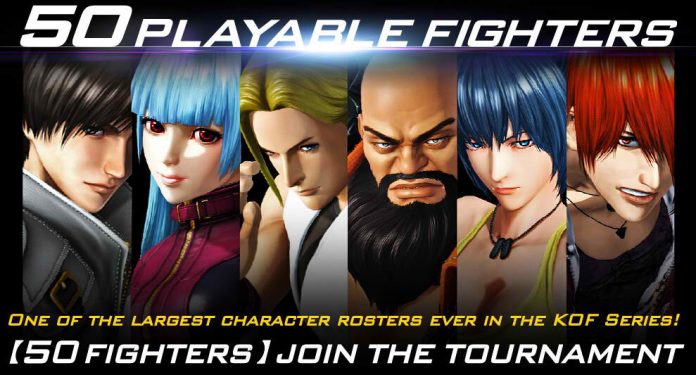 SNK Playmore was recently able to show off some new and exciting updates for the return of their classic and bestselling fighting franchise “King of Fighters” with the game “King of Fighters XIV” during PlayStation Experience 2015. Now, game battle director Yasuyuki Oda shared that a massive roster of 50 different fighters will come with the default available characters upon release of the video game.

“I can’t talk in details, but we’ve had a draft for a roster that was nearly all old characters and another one that was nearly all new characters, and we took them and also put into consideration our market which has become pretty global,” Oda said. “Either way, we wanted give the roster some regional colors. Teams by countries, teams by concepts like the female fighters team.”

“Until the game gets released, feel free to fantasize about the roster,” he added.

Oda also said that as of the moment, all 50 characters that will be made available immediately had been decided on and already finalized. What was their criteria like for the inclusion? Apparently, Oda revealed that one of the biggest factors of a character making it to the roster is if he or she ranked well when it comes to popularity and appeal to players.

“In selecting the characters, we’ve considered everything including characters that we knew that ‘everyone would be pretty happy if this character was in the game,'” he said.

“King of Fighters XIV” will launch for the PlayStation sometime around 2106.