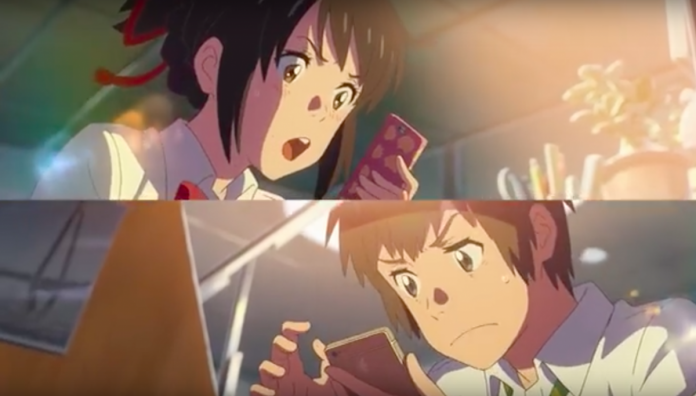 Viewers will be delighted to find out that the hit Japanese animated feature “Kimi No Na Wa” also known as “Your Name” will be coming to the big screen in both North America and the United Kingdom.

According to Comicbook.com, the movie directed by Makoto Shinkai is said to rival the cult-favorite “Spirited Away” from Studio Ghibli as it has become the highest-grossing film in Japan for 2016. The narrative which follows the bittersweet and heartbreaking love story of star-crossed lovers has grossed around $170 million since its release in August.

In preparation for its premiere on the western side of the world, an English-dubbed trailer has been making rounds online. Voice actors Michael Sinterniklaas and Stephanie Sheh have voiced the protagonists Taki Tachibana and Mitsuha Miyamizu, respectively.

The clip opens with Taki saying, “Today, a star fell. It was almost like…”

“Like seeing something out of a dream. Nothing more or less than a breathtaking view,” Mitsuha completes his sentence.

A montage of their experiences as they switch places and bodies with each other then follows, featuring humorous, nostalgic and heartwarming encounters.

Earlier this month, it was announced that the film will begin its qualifying run for Oscars 2017, courtesy of FUNimation Entertainment. It will be shown in Los Angeles at the Laemmle Music Hall from Dec. 2 to Dec. 8. The general public will be able to watch it in early 2017 for an extended release.

“We’re thrilled to have ‘Your Name.’ on the list of contenders for a Best Animated Feature nomination. It is a masterpiece of animation from director Makoto Shinkai and is definitely worthy of Oscar consideration. We look forward to releasing it in theaters in 2017,” said Gen Fukunaga, CEO and founder of FUNimation.

“‘Your Name.’ offers stunning animation, rich characters and a storyline that will tear at your heart strings so it is no surprise it has been so well received by audiences. We’re incredibly excited to bring this Oscar-worthy film from Makoto Shinkai to audiences across the U.S. and Canada,” he said.

Meanwhile, Anime Limited has started screening “Your Name” around the United Kingdom this Nov. 18. It will run until Jan. 27, 2017, in select cinemas.