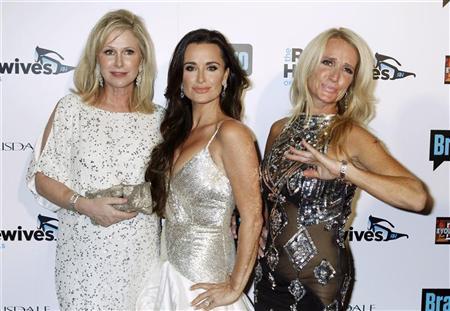 After bouts of public intoxication and shoplifting that led to her arrest earlier this year, “Real Housewives of Beverly Hills” star Kim Richards returned to social media to seemingly update fans on how she has been doing.

The reality star took to Twitter to break her almost month of silence and said, “I hope you all had a fun & safe Labor Day. I’ve missed you all! Thank you for all the Love, you all mean so much to me VAVOOMSHABANG.”

When a fan asked if she is staying sober, she replied, “Yes I am,” and added a lot of smiley faces and emoji hearts.

Richards followed up her statement the day after with, “Its a Wonderful Wednesday. Remember to appreciate and love yourself as well as others today. Have a VAVOOMSHABANG kind of day staycool.”

She was reportedly caught several months back taking around 100 items amounting to more than $612 from Target in Van Nuys, California after an incident at Beverly Hills Hotel in April. After spending one night in jail for petty theft, she posted bail for $5,000 and has been spending time in a rehabilitation center.

However, she and her lawyer rejected it, apparently because the last requirement did not sit well with her alleged condition of having a foot injury which was also the reason why she missed one of her hearings.

“She didn’t attend because she had some sort of injury to her foot, and therefore couldn’t appear. The judge accepted the explanation and allowed her attorney to appear on her behalf,” D.A. office’s spokesman Ricardo Santiago told People.

Richards is reportedly asking to do community service instead which involves volunteering in a non-profit organization.