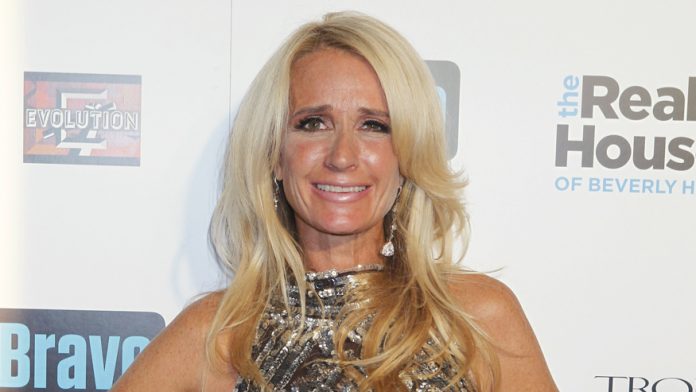 Part-time cast member of Bravo’s hit reality series “The Real Housewives of Beverly Hills” Kim Richards seems to have a new upcoming show that will include one of her daughters.

According to Entertainment Tonight, a source exclusively told them that Richards mom of Brooke Brinson, Whitney Davis, and Kimberly Jackson is working on a new TV feature that will tackle counseling of popular mothers and daughters who have experienced struggles in a public manner. She will be joined by her 20-year-old and youngest daughter Kimberly, former “Hills” star Heidi Montag, and the latter’s mother.

Richards was arrested for public intoxication April this year and went to a rehabilitation facility for the fourth time. After being released, she relapsed during Brooke’s wedding. In August, she shoplifted at Target in Van Nuys, California and had to face short jail time again.

She is said to be turning a new leaf when she relocated to a one-bedroom condominium unit in neighboring town of Beverly Hills. Although she is not a full time member of the cast for season 6 of “Real Housewives,” she has been filming scenes for appearance in some episodes.

Talking on TMZ Live, sister Kyle Richards believe that Kim’s participation in the show is actually beneficial for the latter. “You know a lot of people think that being part of reality television is not good for my sister Kim but I actually think the opposite and she agrees.”

“It kinda brought her issues to life but it also forces her to get the help, you know, she needs to face her issues. So, in a lot of ways it’s good for my sister Kim but it’s still stressful in a kind of way,” she added.

She previously admitted to People that not having Kim in the series “felt very strange” as they started the show together. Kyle quipped, “She was taking care of herself, so it made sense, but it just felt weird.”

“The Real Housewives of Beverly Hills” airs every Tuesday at 9 P.M. ET.