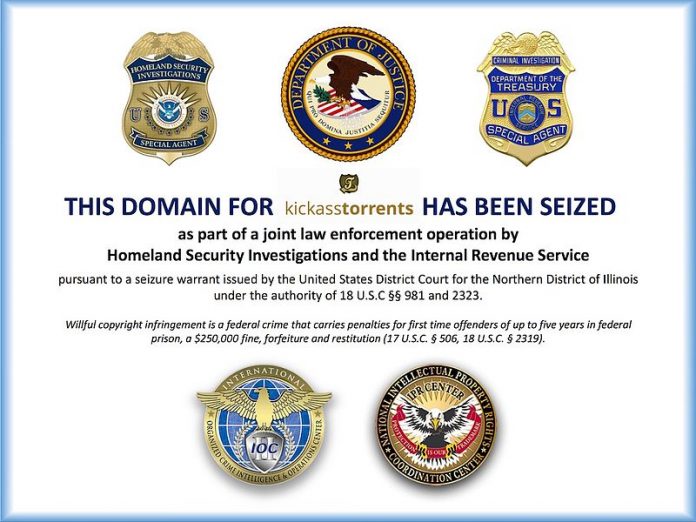 The torrenting community was rattled when KickassTorrents (KAT) was suddenly forced by the authorities to shut down. Amidst the users’ search for alternatives, a new website has popped up, which may be the torrent website’s reincarnation.

Although the original website is down, it seems that KickassTorrents lives again as katcr.to, GameNGuide reported. Users can search and download torrents on the site, but unlike the mirror sites such as kickass.mx, the new website has working registration and sign-in functions.

As there are a number of clone websites out there, it is important to be wary of sketchy ones that are asking for personal information and credit card details. International Business Times also noted that most of them are fake.

Meanwhile, torrent users are flocking to The Pirate Bay (TPB), which is slowly regaining its top torrenting website status. It was also previously shut down and went into a lot of domain changes to escape charges, but it is now back as thepiratebay.org.

According to The Bitbag, it seems that TPB is the most popular alternative to KAT. Although the increase in traffic means an increase in revenue, this might lead them into the hot waters again. There are reports fearing that TPB might face yet another shutdown.

Another top alternative is ExtraTorrent, which was previously the third largest torrent website before KAT’s exit. Speaking with TorrentFreak back in July, a website operator who goes by the name SaM revealed that the website got a 200 percent signup and 300 percent increase in traffic on their website after KAT was taken down.

For movies, users are heading over to YTS.ag, which is the rebirth of YIFY. It boasted of a wide collection of Hollywood movies torrents before the original YIFY address disappeared and now back on its current website.

Although the arrest of KickassTorrents’ alleged owner, Artem Vaulin, shook up the torrenting world, many websites are still standing strong.

'Once Upon a Time' season 5 spoilers: Hercules and Megara feature...