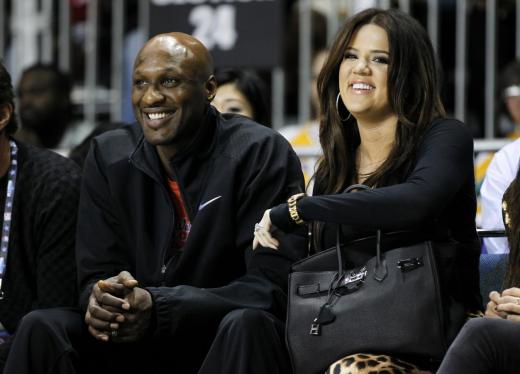 Rumors have it that NBA star Lamar Odom may need to find a new place to continue his recovery when he gets out of the hospital. However, wife Khloe Kardashian seems to have made it clear that it will not be inside her house.

According to Radar Online, a source told them that Odom, who is being hospitalized and receiving treatment in Cedars Sinai Medical Center in Los Angeles since he overdosed last Oct. 13, will have to receive long-term care. “His associates really would like for him to have a home health-care type of situation, but that may not be possible,” the source explained. However, moving in with Kardashian is not an option as she reportedly does not want her house to be a hospital.

The source added that there is also no plan of moving him to the East Coast where his children live as they want him to be in a secure facility that will provide him with the treatment he needs.

Meanwhile, Kardashian recently took it to Twitter to address some haters who blasted the selfie she posted about going back to the gym and having a slimmed down and toned body. In a series of tweets, she said, “The greatest part about miserable peps is that they post all of this BS on your page. They attack with words behind their private pages.”

“Try to shame you or verbally bully your spirit. So I click on their pages and their bios say “believer in God” “Put God first” etc. but how is judging and spreading hate being a child of God? Being a child of the Lord means spreading love and uplifting one another. Why don’t you drink your own kool-aid and uplift yourself. Stop spending ur energy hating on others. It’s only destroying ur own soul,” she continued.

She also gave some feedback on people who pointed that the pies she posted during Thanksgiving look similar to Sweet Lady Jane Bakery in Los Angeles and may be bought from the store and not homemade as what she claimed.