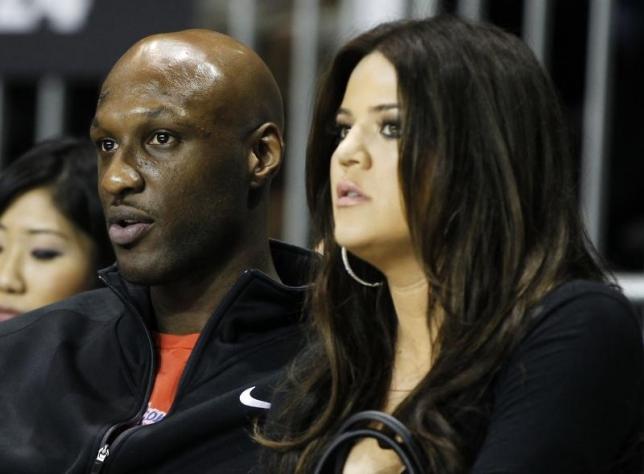 Khloe Kardashian recently opened up about the real status of her relationship with ex-husband Lamar Odom.

In her appearance in the show “The Talk,” the “Keeping Up with the Kardashians” star revealed that she is sticking with the vows she stated when she married the former NBA player.

“We’re not back together. We’re not at all. I love him with every fiber of my being… but we were married and I shared that union with him. I didn’t want for our divorce to happen, but it happened for many reasons and that doesn’t mean I just forget about this person,” she explained.

“I still believe in my vows of being there for him. I know it’s confusing. it’s very confusing. It’s not a romantic place. It’s coming from a place of real care and concern and love,” she further admitted.

Their divorce has been filed back in 2013 but the 31-year-old reality star has stayed by Odom’s side since the time he was brought to the hospital in October 2015 following his near-fatal drug overdose in which he was comatose.

“I was told when I did go to the hospital that he had four hours to live and make your peace with this and I was not going to accept that answer. This is not the way this man is going to go out,” she recounted. She also helped him through his hospitalization and private rehabilitation that followed.

After five months of recovery, the basketball player recently made his first public appearance at Kanye West’s Yeezy show for the New York Fashion Week. Kardashian shared that she was nervous for his decision at first. “He wanted to go to Kanye’s show so badly. I had so many reservations. I was so nervous. I was just so protective. I’m still so protective,” she said.

Kardashian also shared that sister Kim’s husband is instrumental to Odom’s recovery as he was always visiting and even played his music album for him.

“He walked in on his own with Kanye and he went to Madison Square Garden where he used to play. It was so just impactful. It was beautiful,” she added.