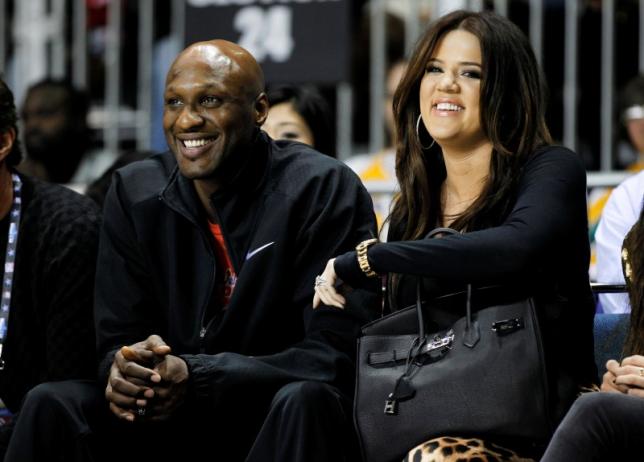 The former NBA player Lamar Odom is now sober, and he wants to take back the things that matter to him, especially his ex-wife. Odom sat for a tell-all interview.

Early this month, the 37-year-old basketball pro joined with “The Doctors” to talk about his plans post-rehab. Odom stated that meditation and God helped him to get through recovery. When asked about his future plans, Odom directly answered, “Honestly, I want my wife back.”

In 2009, the “Keeping Up with the Kardashians” had featured the whirlwind romance of Odom and the youngest of the Kardashian girls, Khloe. At that time, the lovebirds said their “I do’s” after just a month of dating. The reality TV series showrunners even created a spin-off focusing on the couple’s burgeoning love affair in “Khlo & Lamar.” The show lasted for two seasons.

All seemed well until four years later. In December 2013 Khloe filed for divorce. Rumors had it that there’s marital issue over Odom’s drug and alcohol addiction.

“Khlo has been very, very hurt by everything,” a source told E! News at that time.

In October 2015, news had spread about Odom’s drug overdose in Las Vegas, Nevada. The former Los Angeles Lakers player was hospitalized and in a coma because “drugs were found in his system.” His estranged wife came to the rescue and decided to drop the divorce filing.

However, in May 2016, the 32-year-old reality star once again opened the divorce, and it was officially signed by a Los Angeles judge in December. Odom was reportedly very emotional about the separation.

“He is thinking of all the good times, all the help Khloe [Kardashian] gave him when he was in the hospital, and knows he blew it. He had a great girl and he will eventually move on, but it is a sad time for Lamar because he knows he let the right girl get away,” a source told Hollywood Life.

The host of “Revenge Body With Khloe Kardashian” is currently dating another NBA star, Tristan Thompson.