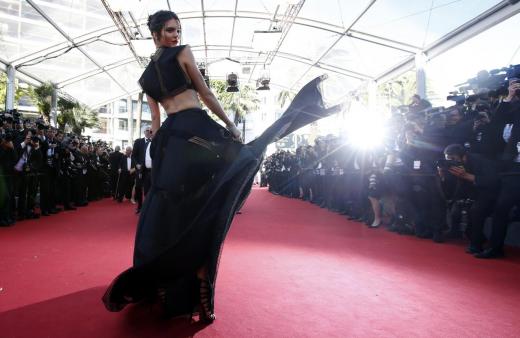 “Keeping Up with the Kardashians” reality star turned supermodel Kendall Jenner recently partnered with Rock the Vote and the Independent Journal to share the history of women’s right to vote in a now viral video.

In honor of National Voter Registration Day, Jenner started the footage dressed up like a suffragette while her voice-over states, “Every day we vote. We’re able to express our opinions online with likes and hashtags. But when it comes to the right to vote, it hasn’t always been that easy — especially for women.”

The 19-year old model then underwent a quick makeover to present day self while recounting the story of Susan B. Anthony and Elizabeth Cady Stanton as they started the National Women Suffragette Association in 1869 and initialized the fight nationwide by state-by-state campaigns. The right was finally passed in 1920 after the 19th amendment was signed in to law.

She ended the video saying, “Because of suffragettes and their battle, gender doesn’t matter. But your vote always can. I’m Kendall Jenner, I’m 19 and I’m here to rock the vote.”

She also previously starred in another clip from the organization during Milan Fashion Week to encourage people to register online and exercise their right to do something and contribute to the future of the country.

In other news, rumors have it that the youngest in the Kardashian-Jenner clan may be getting their own spinoff series.

A source exclusively told OK Magazine that a show following the lives of Kendall with younger sister Kylie Jenner is in the pipeline but details are still being straightened out, “They want to build a franchise around the younger siblings, who are becoming global names in their own rights. Kylie and Kendall will make an absolute fortune out of a deal and lock them into becoming the most relevant stars of the family.”

The source added the contracts will not happen until later this year.

No official statement has been released either from Kendall or Kylie.

'Agents of SHIELD' season 3 spoilers: Coulson will be different; Brett...