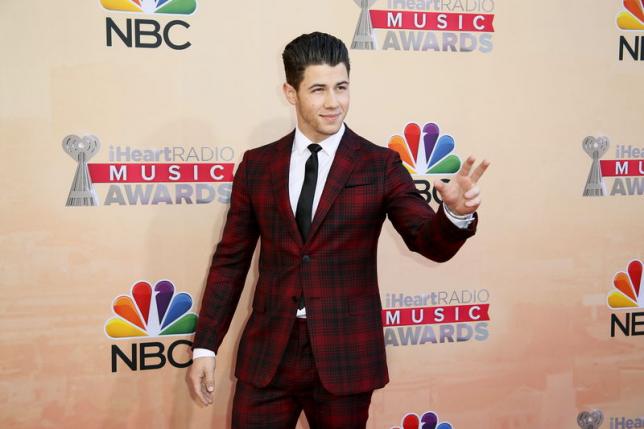 Rumors of a possible romance between Kendall Jenner and Nick Jonas of the Jonas Brothers fame continue to fly despite Nick’s denial of the issue.

The Daily Mail had reported last month that, while Nick finds the 19-year-old Kendall attractive, his attention towards her is definitely not romantic.

“We’re not dating,” the Chains singer categorically stated during an interview with E! News.

“Kendall is great and naturally with her being good friends with Gigi [Hadid] and with Joe [Jonas] and Gigi dating, there are times we’ll be in the same place and we all hang out,” Jonas explained.

Fans and members of the media continue to speculate on a possible romance after the two were seen walking down the carpet together recently during Nick’s after-party event at the Purple Door last Wednesday following his Terminal 5 concert.

However, US Weekly said, there is no indication that the two are going out together, as an insider within the party told the publication that the pair immediately separated after walking down the carpet.

In addition, the partygoer told US Weekly, Jenner stayed with Gigi Hadid all throughout the party while Nick Jonas went around the celebrity-studded event and entertained several guests.

“Nick was mingling around the party and dancing with several attractive women Kendall didn’t seem to mind,” the observer was quoted as saying.

In July, US Weekly said that Nick’s brother Joe and Gigi Hadid had attempted to set up the two together, as revealed by an anonymous insider.

According to the insider, the couple fully encouraged Nick and Kendall to go out dating, given their “flirty” chemistry.

However, while the younger Jonas brother apparently finds Kendall “hot,” the insider said that the pair are still testing the waters before exclusively dating.

“They want to make sure the attention is worth it before they really go for it,” US Weekly quoted the insider saying.